Shaolin: the Root of Taijiquan | YMAA
Skip to main content
FREE Shipping Order Over $70. (US Only, Conditions apply)    |   Up to 20% Off. Exclusions apply. 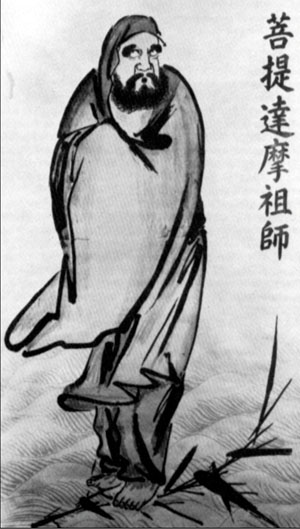 Shaolin: the Root of Taijiquan

After Bodhidharma (Da Mo) passed down his qigong (chi kung) theory at Shaolin Temple around 550 A.D., the Shaolin monks trained the cultivation of Qi, and realized that muscular power could be enhanced to a tremendous level, which could make martial techniques more powerful and effective.

After Bodhidharma (Da Mo) passed down his qigong (chi kung) theory at Shaolin Temple around 550 A.D., the Shaolin monks trained the cultivation of Qi, and realized that from this cultivation, muscular power could be enhanced to a tremendous level, which could make martial techniques more powerful and effective. This was the beginning of internal cultivation in the martial arts. According to ancient records, it was only about 50 years later that internal martial art styles based on Da Mo’s internal Qi cultivation were created.

Two of the best known of these styles are “Small Nine Heaven” (Xiao Jiu Tian) and “Post-Heaven Techniques” (Hou Tian Fa). All of these early Chinese martial art styles were created based on the same Taiji (tai chi) theories and principles known today.

These theories and principles are:

1. Qi should be first cultivated and developed internally. This Qi is slowly manifested as power through the physical body and finally applied into techniques.

2. In order to allow the Qi to circulate smoothly and freely in the body, the physical body must first be relaxed, and the movements must be soft.

3. The Yin and Yang theory and concepts are the foundations and root of Qi development.

The roots of Taijiquan (tai chi chuan) have existed for at least 1400 years. During this time, thousands of techniques were discovered and hundreds of styles were created. The very theoretical underpinnings of Taijiquan have been studied and researched continuously. From the accumulation of thought, its theories have reached a very deep and profound level even as its contents have expanded into an ever wider range.

The implications of these two styles were probably the progenitors of Taijiquan. It is believed that Taijiquan was not actually named “Taijiquan” until the Chinese Song dynasty (circa A.D. 1101). Zhang, San-Feng is widely credited as the creator of Taijiquan.

Taijiquan in ancient times was also called “Changquan” (Long Fist). It is said:

What is Long Fist? (It is) like a long river and a large ocean, rolling ceaselessly.

Originally, the name “Changquan” came from the Shaolin Temple. “Changquan” means “Long Fist.” It can also be translated as “Long Range” or “Long Sequence.” Ancient documents suggest that the meaning of “Changquan” in Taijiquan means the “Long Sequence” like a long river that acts as a conduit to the open ocean. The Qi circulating in the body is rolling continuously, flowing, and ebbing in natural cycles.

From surviving fragments of documents, it can be surmised that the Shaolin temple was the major influence on the development of Qi cultivation in martial arts society. It is valid to infer that substantial Taijiquan theory originated at the temple. Looking at contemporary Chen Style Taijiquan, similarities emerge between it and certain external Shaolin styles. For example, both the first and second routines—“Changquan” and “Pao Chui” (Cannon Fist)—originated at the Shaolin temple, yet they also exist in Chen Style. Even the names were kept the same as those in the temple. Although the Shaolin Changquan and Pao Chui have been modified and revised in Chen Style Taijiquan, it can still be traced back to the root and origin of every movement in today’s Chen Style Taijiquan. This holds true for many of the Taijiquan weapons routines.

It is well known that Yang Style originated from Chen Style and that they still share the same Taiji root and essence. Wu and Sun Styles originated from Yang Styles. Taijiquan and Shaolin martial arts also share the same root. It is no wonder that many Taijiquan masters who have also learned Shaolin martial arts are more expert and proficient in the martial roots and applications of Taijiquan. The reason for this is simply because the “Dao” of Chinese martial arts remains the same in all Chinese styles. Different styles are only different variations and derivations like branches and flowers coming from the same root. When you learn different styles, you will have different angles from which to view the same “Dao.” Naturally, your mind will be clearer and your understanding will be will be more profound.

As written down in the past, “Taijiquan” originally was written as “Taiji”. It is said:

“What is Taiji? It is generated from Wuji. It is the mother of Yin and Yang. When it moves, it divides. At rest it reunites.”

Taiji can be translated as “Grand Ultimate” or “Grand Extremity,” which refers to the most essential movements, or the very origin of motivation or force. Wuji means “No Extremity,” and means “No Dividing” or “No Discrimination.” Wuji is a state of formlessness, of staying in the center: calm, quiet, and peaceful. Once you have generated a mind, or have formed the mental shape with which you will influence physical reality, the motivation of dividing or discriminating starts. When this dividing happens, Wuji will be derived into Yin and Yang. From this, you learn what Taiji is—it is the motivation of distinguishment. When you have this motivation, the Qi will then be led, and Yin and Yang can be distinguished.

Once this motivation (i.e., Taiji) stops, the motivator of division stops, and the Yin and Yang will once again reunite and return back to Wuji. Taiji is actually the motive force generated from the mind (Yi). From this force, the Qi is led and circulates throughout the body. Summing up, Taijiquan is the martial style which trains the practitioner to use the mind to lead the Qi, circulating it in the body, and generating the Yin and Yang states, either for health, fighting, or otherwise.

What are the Thirteen Postures?

All together they are the Thirteen Postures.

Taijiquan includes eight basic moving or Jin (martial power) patterns which are considered the eight corners of the Eight Trigrams. Peng, Lu, Ji, and An are considered the four sides of the Eight Trigrams, while Cai, Lie, Zhou, and Kao are regarded as the four diagonal corners. Taijiquan also contains five basic strategic movements or steppings: Jin Bu (forward), Tui Bu (backward), Zuo Gu (see the left), You Pan (look to the right), and Zhong Ding (firm the center).

37 Postures to Hundreds of Applications

The topic of martial Taijiquan is discussed in more detail in the Taiji Chin Na in Depth 2-DVD set and Taiji 37-Postures Martial Applications DVD.