A Blessing in Disguise (Chinese Folk Story) | YMAA
Skip to main content
FREE Shipping Order Over $70. (US Only, Conditions apply)    |   Up to 20% Off. Exclusions apply. 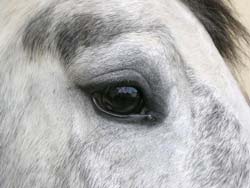 A long, long time ago, there was a kind old man who lived on the plains outside the Great Wall of China. The gentle old man had only two passions in his life: collecting rare breeds of horses, and his son, whom he loved more than anything else.

A long, long time ago, there was a kind old man who lived on the plains outside the Great Wall of China. The gentle old man had only two passions in his life: collecting rare breeds of horses, and his son, whom he loved more than anything else.

The old man and his son would ride their horses every day. They would travel great distances to trade horses, meet new people, and enjoy the good fortune that life had bestowed upon them.

One morning, a servant left the stable door open and one of the old man's favorite stallions escaped. When the neighbors heard the news of the stallion's escape, they came to comfort the old man. They told him they were sorry he had had such bad luck.

But strangely enough, the gentle old man was not upset. He explained to his neighbors that losing the horse wasn't necessarily bad luck. There was no way to predict that the horse would escape, it just happened, and now there was nothing that could be done about it. "There is no reason to be upset," said the old man. The neighbors soon realized that there was nothing they could do to help get the horse back, and that they shouldn't feel sad for the old man's misfortune.

One week later, the stallion came back, and he brought with him a mare. This was not just any mare, but a rare and valuable white mare. When the neighbors heard of the old man's good luck, they quickly came to congratulate him. But again, the old man was not excited. As he had explained before, it was not necessarily good luck that had brought him this new and beautiful white horse. It just happened, and there was no reason to get excited over it. Still a bit puzzled, the neighbors left as quickly as they had come.

A short time later, while his son was riding the white horse, she slipped and fell. She landed on the son's leg, and broke his leg, so that he would always walk with a limp. Again, the neighbors came to the old man's house to give their sympathy for the bad luck that had befallen his son. One of the neighbors suggested that the old man sell the mare before anymore bad luck could happen, and others said that he should take his revenge and kill the mare. However, the old man did neither. He explained to the neighbors that they should not feel sorrow for his son, nor anger towards the mare. It was purely an accident that could not be predicted, and there was nothing he or they could do to change it. At this point, the neighbors thought the old man was crazy and decided to leave him alone.

Very often, when an event takes place that everybody thinks is good luck, the end results are disastrous. In the same way, an unlucky event can bring about happiness. Therefore, you should not lose your will to continue if an unlucky event happens, nor should you be too overjoyed or feel too self-satisfied because of a lucky event, or because something that you desire comes very easily to you.