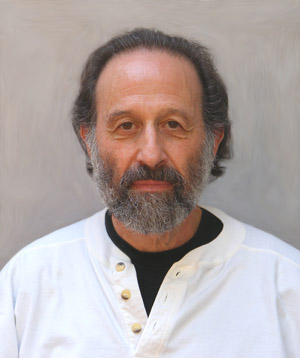 Those who practice both Taiji and Qigong as separate arts soon realize that Qigong is included among the many layers encompassed by Taiji. Knowingly doing Taiji movement as Qigong not only adds the benefits of Qigong but also improves the quality of the Taiji movements.

Those who practice both Taiji and Qigong as separate arts soon realize that Qigong is included among the many layers encompassed by Taiji. Knowingly doing Taiji movement as Qigong not only adds the benefits of Qigong to Taiji but also improves the quality of the Taiji movements. Several advantages of combining these two arts will be discussed, but first, some basic aspects of Qigong will be considered.

The Chinese word Gong means skill acquired through sustained practice, so Qigong literally means qi skill and is understood to refer to an art concerned with qi and its circulation. The word qi (pronounced chee) cannot be translated directly into English for lack of any similar concept. Nevertheless, the concept of qi has been central to Traditional Chinese Medicine (TCM) for thousands of years, and acupuncture is a method of using needles to free the flow of qi. Yet it is believed that Qigong predates TCM by thousands of years. Because the effects of Qigong are similar to that of acupuncture, Qigong has been described as “acupuncture without the needles.”

An interpretation for qi, which I advanced in my The Tai Chi Book, is the following: The cells of our bodily tissues are unable to move from their positions relative to neighboring cells to which they are connected. However, the cells may well have the ability to change their shape. This ability is observed in one-celled life-forms and is the way these life-forms absorb nutrients and oxygen from their surroundings and eliminate wastes. Such micro movement of our cells may be experienced as a tingling or squirming feeling under the skin. The basic idea is that tensions in the musculature inhibit the movement of cells. Once these tensions are released, the cells are permitted to have their natural motion, which greatly aids in cellular nutrition and removal of waste products. Combining a sufficient release of muscular tension with gentle movement (such as occurs in Taiji or Qigong) allows groups of cells to move in unison, sending waves of movement through the body. This flow of qi transmits information for balancing the functions of glands and organs. When qi flows optimally, healing is accelerated, and conversely, when qi is disrupted, health problems can result.

Qigong typically involves the following elements: (1) song (song, pronounced sung, is a Chinese word that refers to releasing all contractive muscular tension while maintaining optimal structural alignment); (2) the gentle opening and closing of the joints; (3) the gentle rotation of the limbs; (4) movement with and against gravity; (5) passive movement, that is, movement of parts of the body that occurs without any voluntary muscular action (think of a Jacuzzi); and (6) coordinating breathing with the movements in a natural or special way.

The release of inhibiting tension frees the muscles and organs and allows the natural undulatory movement of their cells. The gentle opening, closing, and rotational movement stretches and massages the acupuncture meridians. The vertical movement of the limbs with respect to gravity causes corresponding changes in hydraulic pressure within the body, which provide an additional massaging action to the cells. The relaxed, passive movement of limbs and other parts of the body, produced by momentum, contributes to the massage of muscles and cells. Finally, breathing has oxygenating, massaging, and pressurizing effects. My recent book, Tai Chi Dynamics, details some of the respective anatomical aspects of natural and reverse breathing. In my view, the main health benefits of Qigong stem from the above elements, all of which promote (a) the increased ability of the cells of the body to exchange metabolic waste products for oxygen and essential nutrients and (b) the interchange of information to coordinate and balance the activities of the glands and organs.

Anyone who practices Taiji will recognize that the elements of song and natural movement mentioned in connection with Qigong are also characteristic of Taiji. However, some Qigong movements involve bending forward, sideways, and backward. We never see sideways or backward bending in Taiji movement, but we do occasionally see forward bending (e.g., “Pick up the Needle at the Bottom of the Sea”). Moreover, some Qigong movements involve extending the arms and opening the joints and chest much more than ever occurs in Taiji. So there are differences, but the two arts overlap nicely.

Based on my experience, teaching Qigong at the start of each Taiji class has much value. Of course, the internals of Qigong must be taught along with the outer movements. Qigong is usually done while standing or sitting, without the stepping that is typical of Taiji movement. Also, Qigong movements tend to be very simple and repetitive and are easily memorized and refined. Thus, a beginner can pay much more attention to internals than when worrying about balance, stepping, and what move comes next. So learning Qigong enables beginning Taiji students to experience, early on, some of the benefits of Taiji that would otherwise come much later. Also, in order for Qigong movements to provide their healing benefits, such movements must be done in the relaxed and natural manner characteristic of Taiji. So even for advanced students, doing Qigong at the beginning of a Taiji class or practice session aids in entering a relaxed and aware state preparatory to doing Taiji movement.

A very important benefit of practicing Qigong in conjunction with Taiji is to learn about the optimal shape of limbs and their limits of movement. For example, one of the problems faced by Taiji beginners is knowing just how much to open an arm in movements such as “Roll Back,” “Brush Knee,” and “Step Back to Repulse the Monkey.” If a limb is opened too much or too little, it is weak, and its martial application is flawed. Some teachers articulate rules such as “open the arm at most to 45 degrees.” When doing Qigong, you become very aware of the differences in flow of qi that result from opening and closing of your joints and rotating your limbs. Knowing an abstract rule about how much the limbs should open and their optimal shape may be appropriate for beginners, but when you directly experience the differences in terms of qi flow, your ownership of the principle involved is immediate and lasting.

Another benefit of practicing Qigong in conjunction with Taiji pertains to the timing of each movement of the form. Beginners occasionally observe that certain movements of advanced practitioners are greatest in speed during the middle of the movement and very slow at the beginning and end. For a beginner, imitating the features of an advanced student’s movements can have value, but eventually these features and the need for them must be experienced. In the case of slowing at the beginning and end of each movement, such variation acts to coordinate the outer movement with the inner flow of qi through the body and to the extremities. That flow can be felt earlier on through the practice of Qigong.

One further benefit of practicing Qigong in conjunction with Taiji is that the simplicity of doing Qigong allows for a much deeper state of song. Once a new level of song is experienced, it can be incorporated into the more-difficult Taiji movements.

In contrast to Taiji, which requires some space, Qigong can be done almost anywhere. In fact, you can practice Qigong in such a subdued manner that even those sharing an elevator ride with you will not know you are doing it. At the same time you can get some of the benefits of Taiji and improve your skill at it.