The Importance to Your Health of Deep Abdominal Breathing | YMAA
Skip to main content
FREE Shipping Order Over $70. (US Only, Conditions apply)    |   Up to 20% Off. Exclusions apply.

Home >> Articles >> The Importance to Your Health of Deep Abdominal Breathing 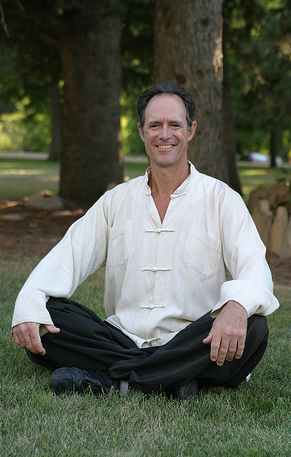 The Importance to Your Health of Deep Abdominal Breathing

The all too common tendency to breathe in a manner that is shallow, or constrained, is one of the great banes of modern man. Habitual shallow chest breathing is a major precursor for cardiovascular problems, not to mention respiratory problems, as well as a host of other health issues.

The all too common tendency to breathe in a manner that is shallow, or constrained, is one of the great banes of modern man. Habitual shallow chest breathing is a major precursor for cardiovascular problems, not to mention respiratory problems, as well as a host of other health issues. That this particular problem is so endemic in today’s society is no coincidence. Shallow breathing is both a cause and a reflection of many health problems in today’s world. Obviously, there are implications here for all dedicated Tai Chi players.

Probably the two most common causes of shallow breathing are a ‘tight gut’ and/or chronic low grade stress, both of which are more attributable to lifestyle choices than to bone fide medical conditions. Ironically, flat bellies and tight guts are much sought after in today’s society by men and women alike. The various media promote the virtues of a flat belly relentlessly, and popular approaches to exercise and fitness regularly invoke flat bellies and tight guts as the prevailing measures of their success. Nevertheless, flat guts, and especially the means by which they are accomplished, are of dubious value, generally, and certainly for Tai Chi’ers. Flat bellies, in and of themselves, are fine and harmless, but when they are achieved by measures that cause chronic tightness in the muscles of the abdomen (or elsewhere) they become dangerous. Our second precursor, chronic low grade stress, can be attributed to a wide range of causes in today’s world. Chronic stress often causes the body’s sympathetic nervous trigger to become stuck in the ‘on’ position, effectively precluding the body’s ability to stand down and relax. These concerns –tightness of the gut and low grade stress—are actually but two of many component parts in a self-fulfilling health risk syndrome comprising a neurophysiological cycle. Either of these circumstances can undermine Tai Chi, directly, by raising one’s center of balance.

Your thoracic diaphragm, which attaches at its perimeter along the inner rim of your lower rib cage, is the primary muscle responsible for controlling your breath. The diaphragm is a vaulted muscle when relaxed, shaped roughly like an open umbrella or mushroom cap. The diaphragm causes you to inhale by contracting down flat toward the abdomen in order to create a vacuum pressure in the lungs; much like a fireplace bellows that must be opened to inflate prior to being squeezed shut. The more efficiently your diaphragm is able to contract, the more efficiently air will be drawn into your lungs. However, like a bellows that fails to open all the way, the diaphragm can only draw breath into the lungs in accordance with its freedom to function properly in an unrestricted manner. If the diaphragm can’t contract fully, you can’t breathe fully.

Most people, even seasoned athletes, breathe well below 100 percent efficiency. In fact, the average person uses considerably less than 25 percent of their actual lung capacity during normal breathing. Granted, the lungs have a tremendous ‘reserve’ capacity, which is to say that none of us needs to be breathing at, or even near, full capacity to procure all the oxygen we need under normal circumstances. Even so, the more fully you can breathe, the more easily you can oxygenate your many tissues to increase the overall efficiency of your respiratory process.

An important point to grasp is that constrained breathing is but one part of a cyclical problem. As is often the case with cycles, once established there is no clearly identifiable starting point for this pattern. For one person constrained breathing might start with emotional anxiety or depression or stress, while for another it might stem from improper exercise in a quest to develop 6-pack abs. Even environmental pollutants can trigger or contributes constrained breathing patterns.

The thoracic diaphragm, in order to open the lungs fully, must be able to shift the viscera (organs and such) downward and out of the way to make room for itself as it contracts. This explains why deep abdominal breathing causes your belly to expand forward on inhalation, in seeming contraposition to prevailing social values. Physical stressors or emotional anxiety automatically excites the body’s sympathetic (fight or flight) nervous response with a resultant tightness in the muscles of the gut. Even seemingly benign stimuli can elicit a ‘tight gut’ reaction. Try this now –as you press your fingers firmly into your abdomen imagine you’re driving your car and a ball or a small animal appears suddenly in your path... as you instinctively reach with your foot for the brake pedal feel how your gut tightens automatically.

If chronic tightness in the gut muscles ‘lock up’ the viscera the diaphragm has less room to contract. You can easily experience this as well. Try this now - tighten your gut and then try taking in a deep breath. Notice your limited capacity for breath intake. The tightness in your gut creates an actual physical impediment that prevents the diaphragm from contracting down to open the lungs fully. This same tightness also exerts a downward pulling force on the ribcage, further impeding respiratory function by effectively preventing the ribs from expanding naturally with the intake of breath. Myriad stressors occurring every day, and repeatedly eliciting a ‘tight gut’ response, can contribute to a habituation of this same response so that reflexive tightness in your gut, rather than a relaxed belly, becomes your norm—you become stuck in a way.

The greatest risk of chronic tightness in your gut is the ‘stuckness’ that ensues—that you fall into the habit of breathing shallowly. Even though you may be breathing inefficiently, your cardiovascular demands remain constant, requiring your heart to continuously pump oxygen-rich blood throughout your body. In compensation for less oxygen being available due to constrained breathing patterns, your body may employ any or all of several compensatory responses.

First, red blood cell production may increase in an effort to deliver more oxygen to the capillaries. However, too many additional red blood cells will thicken the blood, eliciting a hyper-ventilatory response, meaning your heart must beat both faster to make up for less efficient oxygenation of the blood, and harder so as to pump blood that is now more viscous. Shallow breathing, combined with poor oxygenation, in turn raises blood pressure to service the ongoing needs of your body. This is the physiological equivalent of running your car’s engine constantly in the red-zone, and places the body under tremendous duress. Not unreasonably, the brain’s response to all of this is one of chronic low-level anxiety. The cycle worsens as even low level anxiety increases your oxygen demand while diminishing your ability to absorb oxygen efficiently, resulting in possible tendencies toward depression, short temper, impatience, disturbed sleep patterns, digestive difficulties, etc. In addition, the mechanics of shallow breathing undermines the siphoning of lymph from the thoracic duct. Last, but not least, constrained breathing can cause you to experience fatigue, both mental and physical, as well as reduced stamina. Your brain itself consumes approximately 25 percent of the oxygen you breathe in. When oxygen becomes less available to the whole body due to constrained breathing, your brain experiences the effects of oxygen deprivation just like the rest of your body. Any or all of these symptoms can then both reflect and/or reinforce your body’s chemical and/or hormonal imbalance causing serotonin levels to decrease and cortisol to increase, further complicating this debilitating cycle. Oh, and I almost forgot - reduced oxygen intake puts one of your primary memory areas at risk as well with a double whammy. The hippocampus is vulnerable both to the aforementioned increased levels of cortisol, and extremely sensitive to the reduced oxygen levels that result from shallow and constrained breathing.

Somehow this cycle must be broken in order for the body and all of its systems—card cardiovascular, nervous, endocrine, digestive, lymphatic, etc.—to stand down and relax to a level of normal healthy functioning. Barring this normalcy, one may fully expect all the effects of a stressed out system to ensue. It is merely a question of when, and of which part of your system breaks down first under duress—your heart, your anxiety level/ mood, your vascular function, your digestion/elimination, your respiratory system, or some other chronic illness.

Happily, you can take steps to interrupt this cycle at any point. The easiest way to enact corrective self-intervention is to learn how to relax your breath and breathe fully in an abdominal fashion. The very act of paying attention to how you breathe represents a first step in reversing this debilitating process. There are two effective (and, I might add, mutually reinforcing) approaches I can recommend. One is an ongoing study of Tai Chi Chuan (and Qigong) with a qualified teacher to increase awareness and control of respiratory function. Also highly recommended are the restorative breathing patterns taught by Thomas Hanna Ph.D, founder of Hanna Somatics, in his “Myth of Aging” and “Full Breathing” CD series. Hanna’s method speaks directly to our propensity for sensorimotor amnesia.

Both these methods offer useful and direct measures for helping you learn how to relax and breathe in a manner that will make deep abdominal breathing the habit for you that it should be. Hanna’s breathing patterns should serve as a basis for anyone involved in mindful disciplines that emphasize breath work, including Qigong, martial arts, yoga, and voice. Tai Chi Chuan, when properly practiced, then becomes an excellent means of reinforcing your deep breathing abilities through optimal body organization on an ongoing basis. 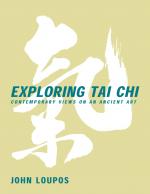 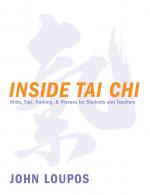 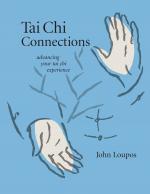