Thwarting Terrorist Bombing Through Awareness—Part 2 | YMAA
Skip to main content
FREE Shipping Order Over $70. (US Only, Conditions apply)    |   Up to 20% Off. Exclusions apply. 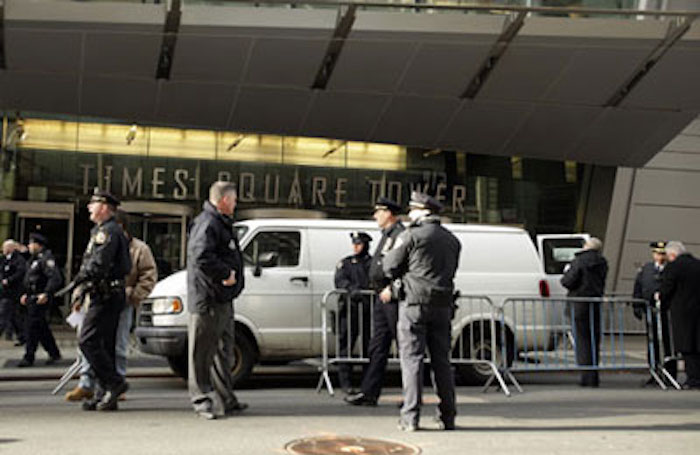 Awareness of timing has to do with the time of day during which terrorist attacks are most likely to occur. Terrorists are very conscious of media attention, timing attacks carefully to achieve the highest possible level of public impact.

This article—the second part—was written right after the bombing on the London transit system in 2005 and was published in Neth Publications. It is just as timely today with the recent bomb threat in New York City in April 2010. Although some of the statistics are five years old, the core of the article tells you that awareness is the key to survival and that there are things you can do proactively to remain safe.

Awareness of timing has to do with the time of day during which terrorist attacks are most likely to occur. Terrorists are very conscious of media attention, timing attacks carefully to achieve the highest possible level of public impact. Consequently, attacks typically occur during "rush hour" when and where the highest numbers of potential victims are congregated.

For example, the April 19, 1995, Oklahoma City bombing and the September 11, 2001, attacks in the United States all took place during the workday. Similarly, the London subway and bus bombings on July 7, 2005 and the Madrid train bombings on March 11, 2004 also took place during peak traffic hours. A crowded mall in daytime, therefore, is much more likely to be hit than the same location late at night or just before closing simply due to the presence of more potential victims during the day.

Terrorist threats are frequently indirect, delivered via remote explosives rather than via direct personal attacks. Unlike a typical mugger or common criminal, these folks are looking to cause as many casualties as possible with the least amount of effort. It's hard to create mass havoc through one-on-one attacks.

When traveling through public places or using public transportation it is prudent to look for and report any suspicious or unattended packages, devices, or baggage that could be used to deliver an explosive charge. There are many instances where alert civilians have been able to thwart potential remote bombing attacks.

For example, on January 23, 2005 a young boy playing in the village of Barangay Malisbong, an Abu Sayyaf stronghold in the Philippines, discovered a powerful explosive device concealed in a two-liter plastic soy-sauce container packed with shrapnel and rigged to a timing device. He reported his discovery to the authorities who disarmed the weapon and subsequently arrested two terrorist suspects. Similar devices were retrieved unexploded from a packed public market in Midsayap and the Cotabato City Cathedral the next day.

If you discover a suspicious package it is best to avoid using a cellular phone or radio transmitter within 50 feet, as your transmission could cause a bomb to detonate. Some specific things to look for can include:

Vehicles can be suspicious too. They are, after all, frequently used to deliver explosive charges (e.g., Oklahoma City bombing). Once again, there are many instances where alert civilians have been able to thwart potential vehicle bombing attacks.

For example, on February 28, 2005 an astute villager in the city of Arabe notified Israeli security forces of a commercial truck with a long cable protruding from it. Upon closer examination, the cable was attached to a battery and a video camera, most likely intended to document an impending terrorist attack. IDF forces discovered a large amount of explosives packed in the back of the vehicle which they subsequently detonated in a controlled manner to dispose of the threat.

While anyone can blow him or herself up for a cause, the typical suicide bomber is male, unmarried, in his late teens or early 20s, and fanatical about his beliefs. He is often well educated, coming from a middle class background. Security experts are becoming adept at identifying such individuals through their suspicious behavior. Warning signs can include:

While awareness can help you avoid terrorist attacks altogether, it can also help you thwart one before it can be pulled off successfully. Because the trained martial artist is far better prepared than the average citizen to take action in these cases, we should be prepared to intervene when necessary. Prudent application of countervailing force can be very effective.

For example, on March 8, 2002 a Palestinian youth in his 20s walked into the crowded Caffit coffee house in Jerusalem and asked for a glass of water. This was nothing unusual as that particular part of town was a popular hangout for Palestinian teenagers many of whom frequented the café. What was unusual, however, was the fact that he was carrying a large black school bag, appeared nervous, and was sweating profusely.

An astute waiter, Shlomi Harel, became concerned by the youth's behavior, noticed a suspicious wire leading from the backpack, and took immediate action. Pushing the youth outside, Harel and a security guard who also worked in the building snatched the bomb from the assailant's hands, yanked the wire from the detonator, wrestled him to the ground, and held him until police could arrive. Their quick action averted what Police Chief Mickey Levy said would have been, "a major disaster."

Terrorist attacks are, by definition, terrifying. It is easy to feel hopeless in the face of such danger yet it is also possible to hone your sense of awareness, identifying and avoiding peril before it becomes too late. Good situational awareness means having a solid understanding of time and place and how they relate to you, your family, friends, and others around you at any given moment. Any time you are near others, especially strangers, you must be vigilant. If you can sense danger before stumbling across it you have a much better chance of escaping unscathed.

While the odds of encountering a terrorist bomber are remote, a refined sense of awareness can be beneficial in any type of hazardous encounter, be it with a person, place, or thing. Violence almost never happens in a vacuum, after all. There is always some escalation process-even a really short one-that precedes it. Consequently there are always physiological, behavioral, environmental, or verbal indicators that you can spot to warn you of imminent peril. By constantly surveying and evaluating your environment, you achieve more control over what ultimately happens to you.