Who is Going to Teach Me: Your Teacher's Qualifications | YMAA
Skip to main content
FREE Shipping Order Over $70. (US Only, Conditions apply)    |   Up to 40% Off. Exclusions apply.

Home >> Articles >> Who is Going to Teach Me: Your Teacher's Qualifications 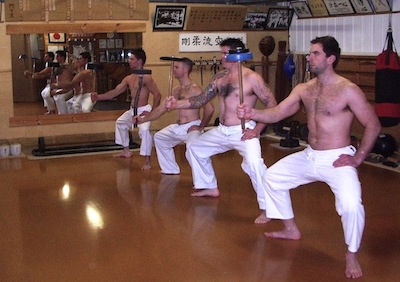 Who is Going to Teach Me: Your Teacher's Qualifications

“My sensei has black belts in four different martial arts.”

“Well, my sensei is a master of weapons!”

You might think this is the kind of conversation you could expect to overhear two six-year-old children having, but you would be wrong. I once stood within earshot of two young men in their twenties, both dressed in a karategi, and this exchange is a pretty good representation of their conversation. While on the face of it their discussion might seem facile, it is nevertheless symptomatic of the way rank in karate is viewed by many in the world these days. Given the long history of karate I am not sure if everyone appreciates that the issuing of rank is a fairly recent addition.

The use of the black belt appeared around 1907 when the creator of judo, Jigoro Kano, replaced the use of a black sash with a belt similar to the one we see today. To people practicing their karate in a traditional manner, they mean very little. The founder of the Goju ryu tradition, Chojun Miyagi, like many of his Okinawan contemporaries, never felt the need to use belts to mark a student’s progress, and therefore never issued one. In fact, his views on this matter were clearly explained to me one day by my sensei, Eiichi Miyazato, who was himself a senior student of Chojun Miyagi. He told me his teacher’s views on the subject were clear: “If your karate is good enough you do not need a black belt to prove it, and if it is not, then you should not wear one.”

I have always felt this statement to be as true as it is straightforward, but as Miyagi sensei’s views were not adopted by the mainstream of karate teachers at the time, the issuing of belts has now become a part of karate’s tradition. It is worth mentioning, however, that although Miyagi had several very skilled students, he never awarded a black belt to any of them. Clearly, he meant what he said!

No International Standardization of Black Belts

I think it is important to have a clear understanding of what belts are actually meant to represent. Many unsuspecting members of the public and even countless numbers of karateka believe a black belt symbolizes a level of mastery, when in reality nothing could be further from the truth. For example, there is no internationally recognized standard for the black belt ranks people are awarded in karate: it is all purely subjective. Unfortunately, although perhaps not surprisingly, given the reality of human nature, this has led to a kind of corruption of sorts. While harmless in many ways, due to the majority of people in the world having no interest in karate, this corruption if I can call it that has in the past always led to problems for karateka, and I suspect will continue to do so in to the future. For those unwary individuals whose naiveté places them in the path of people out to make an easy buck, their experience with karate is often made far more difficult, and far more negative, than it needs to be. You would do well to remember when you go in search of a teacher to use ample amounts of common sense, and perhaps heed the age-old advice found in the expression Caveat emptor! Let the buyer beware.

In March 1971, the Federation of All Japan Karatedo Organizations, (FAJKO), tried to settle the matter of consistency by adopting a standard ranking system known as dan-i; they hoped all other countries would follow. But this never happened and each karate organization, to this day, continues to issue ranks as and when it sees fit and for all sorts of reasons, many of which have absolutely nothing at all to do with a person’s skill or knowledge.

Value of Karate is in the Training; Not the Rank

Nevertheless, I am reproducing here the standards people were talking about forty years ago, and I’ll leave it up to you to figure out where you would stand today if your present rank were judged by the benchmark people tried to set back then. I am presenting only the requirements for ranks from shodan to godan, as these are the levels most people today would think represent a serious student, 1st dan (shodan) through to master level, 5th dan (godan).

Regardless of the rank a student may attain, the chances of fully mastering karate are slim. Even so, in much the same way as the joy of travel is in the journey and not the destination, the value of karate is found in the training, not the acquisition of rank. No kata names are given here as these standards were set for all schools of karate, regardless of which kata they practiced.

Nidan (2nd dan): applicants must have assimilated and be able to perform all basic body movements and techniques to such a degree that their karate reflects their own unique application of the techniques.
Kihon: combinations of all basic techniques
Kata: advanced kata
Kumite: free sparring, or self-defense from different directions against people with or without weapons

Sandan (3rd dan): an applicant must be able to demonstrate, under a variety of circumstances and conditions, an understanding of all the underlying principles of basic body movements and techniques.
Kata: advanced kata
Kumite: sparring, or self-defense against multiple armed or unarmed attackers

Instruction: demonstration of his teaching ability

Godan (5th dan): at this level a person has completed a research project into a particular area related to karate that looks at ways to make karate blend with the individual’s physique.
Kata: advanced kata
Research: presentation taken from the applicant’s written report on his research

As well as these requirements, time limits between each rank were also established, increasing in length between promotions, and ran as follows:
Shodan: at least three years of training must have taken place
Nidan: over one year after Shodan
Sandan: over two years after Nidan
Yondan: over three years after Sandan
Godan: over four years after Yondan

From Rokudan (6th dan) and all the way up to Judan (10th dan) there were age limits imposed also; and given the plethora of karate “masters” we see in their twenties and thirties these days, I thought it might be interesting to include the age requirement details for these higher ranks as well.

As well as the dan-i ranks within karate, a separate layer of status known as Sho-go, master titles, was also included with the following three titles: Renshi, Kyoshi, and Hanshi. Once again, these extra titles came with age and time requirements attached to them and were by no means bestowed automatically upon everyone who achieved a higher rank.

Instead, these titles were meant to indicate the bearers’ exemplary character or some exceptional achievement above and beyond the accomplishment of their rank. To be awarded the first of these titles, Renshi (skilled expert), you had to be at least 35 years old and had already held the rank of godan (5th dan) for at least two years. The second title, Kyoshi (teaching expert), required ten years to pass since the Renshi title had been given, and you had to be over 40 years old. Finally, the title of Hanshi (teacher by example) could be awarded only if you were 55 years old or over and had already held the title of Kyoshi for at least fifteen years.

Besides these titles there are these days others, lesser titles that are used within some karate groups, with perhaps the most common being Shihan, which loosely translates as master teacher. This title is used widely in Japanese karate these days and is usually bestowed on people who reach 4th or 5th dan status. As well, one might come across the title, Shidoin. Where the title Shihan is used in conjunction with the higher dan ranks, Shidoin (instructor) is often attached to the lower ranks of shodan (1st dan) through to sandan (3rd dan). I never met an Okinawan who used either the Shihan or Shidoin titles, or its even lesser-known derivative, Tasshi-shihan, denoting exceptional master teacher.

As I have mentioned already, due to human nature being what it is and the lack of any commonly recognized and accepted levels of accountability, all karate ranks and titles these days need to be viewed with caution until verified. Quite simply, trying to standardize rank is like trying to catch fog with your bare hands. So a large amount of common sense is required when looking for a teacher.

(Excerpt from the book, Shin Gi Tai—Karate Training for Body, Mind, and Spirit by Michael Clarke)