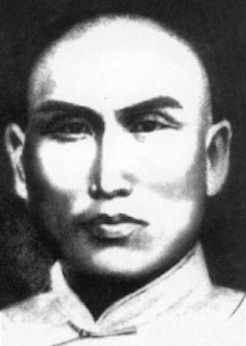 Taijiquan was first introduced to the West by Master Cheng, Man-Ching during the 1960's. The original focus of his effort was to teach a method of health and relaxation. It was only after several years that the art's effectiveness in reducing stress and maintaining health became widely known.

Taijiquan was first introduced to the West by Master Cheng, Man-Ching during the 1960's. The original focus of his effort was to teach a method of health and relaxation. It was only after several years that the art's effectiveness in reducing stress and maintaining health became widely known.

Since president Nixon visited mainland China in 1973 and opened the gates of China's conservative and long-sealed society, Asian culture, especially Chinese culture, has attracted more and more Western people. Moreover, due to an exuberant cultural exchange, many Chinese internal and external martial arts masters have arrived in the West and shared their knowledge. Since then, Western Taijiquan society has itself opened to the realization that, in addition to Cheng, Man-Ching's Taijiquan, there are many other Taijiquan styles, all of them created and developed using the same theoretical foundation.

However, most Western Taijiquan practitioners, even today, still consider Taijiquan good for only health and relaxation. They do not recognize that Taijiquan was created as a martial art in the Daoist monastery at Wudang mountain, Hubei province, in China. Taiji theory can be traced back nearly four thousand years, to when Yi Jing (The Book of Changes) was first made available. Since then, the concept of Taiji has been adopted by the Chinese people and has become one of the roots or foundations of Chinese thinking and belief. Based on this root, Taijiquan martial arts (Taijiquan or "Taiji Fist") was created. Its theory and philosophy are very profound and deep. If one only pays attention to the relaxation aspect of the movements, then one will not comprehend and feel this profound philosophic root. Yang, Chen-Fu has been credited with having made Yang style Taijiquan popular since 1928.

Through many hundreds of years gone past, countless Chinese people have practiced Taijiquan. Many of them have reached a profound level of this feeling art. Some of them have written down their understanding and findings, and have passed them down generation by generation. Generally, only those good and correct writings, after historical filtering, will survive in Taijiquan society. Even just a couple of decades ago, these documents were considered to be the secrets of their styles. It was not until recently that they have been revealed to lay society. Many practitioners, after comprehending these documents, have re-directed themselves into the correct path of practice and in so doing have reached a deeper feeling of the art.

I am very fortunate that I could obtain these documents and study them during my thirty-nine years of Taijiquan practice. It is from these documents that I have been able to keep my practice on the correct path. It was also these documents which have caused me to ponder and ponder all the time. Many of these documents must be read a few hundred times before it is possible to comprehend the theory and feeling. Yang style Taijiquan was created by Yang, Lu-Shan in 1799, and had become very well-known and popular by the beginning of the twentieth century. The secrets hidden in this family style were not revealed to the public until the 1990's. Although most of these documents were authored by Yang, Ban-Hou, a member of the second generation of Yang style Taijiquan practitioners, they are the representative writings of the style. Yang, Ban-Hou has been well known for his profound understanding of the arts and also the capability of manifesting his Taiji Jin (i.e., Taiji power) to its most efficient level.

In the last seven centuries, many songs and poems have been composed about Taijiquan. These have played a major role in preserving the knowledge and wisdom of the masters, although in many cases the identity of the authors and the dates of origin have been lost. Since most Chinese of previous centuries were illiterate, the key points of the art were put into poems and songs, which are easier to remember than prose, and passed down orally from teacher to student. The poems were regarded as secret and were only revealed to the general public in the twentieth century.

The Challenge of Translation


It is very difficult to translate these ancient Chinese writings. Because of the cultural differences, many expressions would not make sense to the Westerner if translated literally. Often, knowledge of the historical context is necessary. Furthermore, since in Chinese every sound has several possible meanings, when anyone tried to understand a poem or write it down, he had to choose from among these meanings. For this reason, many of the poems have several variations. The same problem occurs when the poems are read. Many Chinese characters have several possible meanings, so reading involves interpretation of the text even for the Chinese. Also, the meaning of many words has changed over the course of time. When you add to this the grammatical differences (generally no tenses, articles, singular or plural, or differentiation between parts of speech) you find that it is almost impossible to translate Chinese literally into English. In addition to all this, the translator must have much the same experience and understanding, as well as similar intuitive feelings as the original author, in order to convey the same meaning.

With these difficulties in mind, I have attempted to convey as much of the original meaning of the Chinese as possible, based on his own Taijiquan experience and understanding. Although it is impossible to totally translate the original meaning, I feel I have managed to express the majority of the important points. The translation has been made as close to the original Chinese as possible, including such things as double negatives and, sometimes, idiosyncratic sentence structure. Words that are understood but not actually written in the Chinese text have been included in parentheses. Also, some Chinese words are followed by the English in parentheses, e.g. Shen (Spirit). To further assist the reader, I will include commentary with each poem and song.

There are a few reasons for this:

1. The different languages spoken, or the writing habits generated from geographic differences. Different areas have different slang or special terminologies.

3. Different levels of understanding and thinking in Taijiquan between the original author and the person who translates the writing.

Even with all of the above difficulties, based on my years of personal Taijiquan experience, I have tried my best to translate these Yang style documents and make some commentary. Wherever the writing became vague to me, I have pointed it out in the commentary. In this case, the reader will continue searching for better possible answers and explanations about the writings in these documents. I hope this article series will help Yang style Taijiquan practitioners understand the essence of this style. I also hope that, from the study of these ancient documents, serious Taijiquan practitioners will continue to search for the deep feeling and meaning of Taijiquan and continue to pass down the art.