YMAA Taijiquan Lineage | YMAA
Skip to main content
FREE Shipping Order Over $70. (US Only, Conditions apply)    |   Up to 20% Off. Exclusions apply.

Thanks to a recent reunion between Dr. Yang, Jwing-Ming and his first Taijiquan teacher, Grandmaster Kao, Tao, we now know the complete lineage of YMAA's Yang style Taijiquan in more detail. The most interesting discovery is that Yang, Chengfu, who is famous for teaching the health aspects of Taijiquan to the public, also had indoor disciples who trained the martial side of Taijiquan.

Thanks to a recent reunion between Dr. Yang, Jwing-Ming and his first Taijiquan teacher, Grandmaster Kao, Tao (高濤), we now know the complete lineage of YMAA's Yang style Taijiquan (tai chi chuan) in more detail. The most interesting discovery is that Yang, Chengfu, who is famous for teaching the health aspects of Taijiquan to the public, also had indoor disciples who trained the martial side of Taijiquan.

In the early 1800's, the founder of Yang style Taijiquan, Yang, Luchan (楊露禪), went from Hebei province to the Chen family village in Henan province to study Taijiquan with Chen, Changxing (陳長興). It is well-known that he was a servant in the household for three years, only allowed to study basic stances (盤單架), sequences, fighting set, pushing hands and power manifestation (發功). After three years, when Chen had seen for certain that Yang Luchan would work hard without complaint and had natural talent, he allowed Yang to stay another three years and fully reach the essence of Chen style Taijiquan. He returned to Hebei, and participated in a national competition which took place in Beijing. He defeated all of the experts in the country, thereby obtaining his reputation as "Yang, the invincible."

Later, Yang, Luchan taught his two sons, Jianhou (健候) and Banhou (班候), who then passed the art on to the third generation, Shaohou (少候) and Chengfu (澄甫). In 1931, Yang, Chengfu brought many disciples to do demonstrations in Shanghai and Nanjing. Chengfu (澄甫) was the first Taijiquan master willing to share the family secrets with the public, and because of his gentle nature he had countless students. When Nanking Central Guoshu Institute (南京中央國術館) was founded in 1928, he was invited to be the head Taijiquan teacher, and his name became known throughout the country. Yang, Chengfu lead several pupils on tour, reaching Guangdong province and the cities of Hong Kong and Macao. Taijiquan began to spread widely from the north to the south. This recent article about the History of Yang Style Taijiquan discusses the Yang family origins in greater detail. 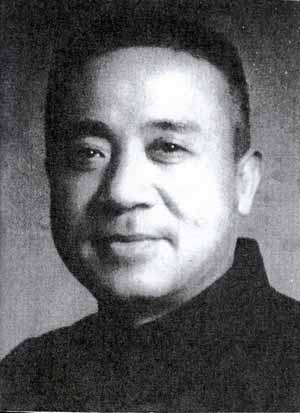 Since his childhood in Henan province, Yue, Huanzhi (樂奐之) studied Chen style Taijiquan. Later in Shanghai, his friend, Mr. Dong, Yingjie (董英傑) recommended Yue, Huanzhi to become an indoor disciple of Yang, Chengfu (楊澄甫). Teacher Yue sent his wife and children back to his hometown in order to master Taijiquan. Yue concentrated his mind and diligently practiced for twelve years, perfecting soft skills and a high level of Fajin. Consequently, Teacher Yue was famous in Shanghai and was invited by the wealthy Rong (榮) family of Wuxi (無錫) to be their honorable teacher. 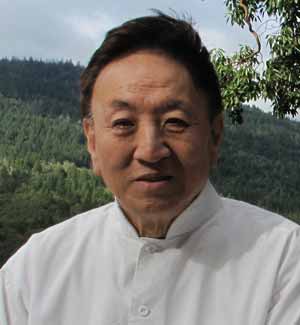 Master Kao's mother had many times admonished him to not study fighting techniques. She wanted him to conscientiously practice only to maintain a healthy mind and body. This is because Master Kao's maternal grandfather, Kao, Zhongwei (高重威) had been killed because of his martial arts. He had practiced Shaolin kung fu from childhood and was well-versed in saber, sword, rod and staff. He had a security services business in Suzhou's Tai lake (蘇州太湖) area. He had more than ten vessels and specialized in transporting clients' goods. Whenever transporting goods, he himself sat on the first boat, which had a large flag at the bow marked with his surname, Kao. No pirates dared to approach. As soon as he took on a job, they would rather turn over and fall into the water. However, due to his martial skills, Master Kao's grandfather was often challenged, and was finally killed in a plot against his life. Though Master Kao studied Taijiquan for health, he could not help but be exposed to the martial side, due to the traditional style of training.

Under Teacher Yue's earnest instruction, Master Kao studied diligently for three years, until 1947, when he graduated from junior high school. Teacher Yue treated him as his own son, often giving Master Kao food and money to survive. Master Kao's mother suddenly converted to Buddhism, became a nun and wished to leave for Putuo Mountain (普陀山). Therefore, Master Kao had to go to Hong Kong to seek his father who had left the family many years earlier. While bidding Teacher Yue farewell, Master Kao was told that his martial postures had met the necessary standards, and even though they would be apart from each other, his forms would remain accurate. Teacher Yue paid Master Kao's traveling expenses to Hong Kong. During this period, Master Kao became very interested in soccer and swimming, and after graduating from senior high school became busy making a living.

Teacher Yue later passed away in Shanghai in 1961 as a result of food poisoning. He had recently healed a high-ranking communist officer with Qigong. But, he refused to treat other members of the communist party, and was soon after poisoned.

In 1961, the Overseas Chinese Affairs Commission recommended Master Kao to Xinzhu Provincial High School (新竹省立中學) in the capacity of teacher for overseas Chinese students, and concurrently as the Chinese martial arts instructor at four other schools. Consequently, this revived martial arts as the main focus of Master Kao's life. 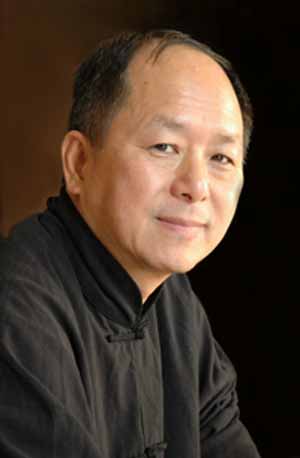 At age 16, Yang, Jwing-Ming began to study Taijiquan with Master Kao at Xinzhu High School in order to heal an ulcer that he suffered from since age nine. It was 1961 and Master Kao, Tao was 29 years old. Dr. Yang did not know and did not ask about the origin of the Yang style Taijiquan he studied. At that time, it was rude to ask a teacher about his background. All the teachers were very strict. This was especially true of Master Kao.

Dr. Yang began tough daily workouts with him, developing a strong foundation. Six months later, his ulcer began to ease and in no time it was gone. The simple breathing techniques and spine movements solved the problem which had bothered him for nearly seven years. Dr. Yang continued to practice daily, and studied with Master Kao for a total of two and half years until almost age 19, when he had to move to Taipei for college. In college he also trained Taijiquan with his friend, Mr. Wilson Chen, and with Master Li, Mao-Ching (李茂 清). Master Li learned his Taijiquan from the well-known Master Han, Ching-Tang, and Mr. Chen learned his Taijiquan from Master Chang, Xiang-San. Dr. Yang mastered the Taiji barehand sequence, pushing hands, the two-man fighting sequence, Taiji sword, Taiji saber, and Taiji Qigong.

Dr. Yang was greatly surprised when he went to Taipei and compared Master Kao with other taijiquan instructors, remembering that Master Kao emphasized a great deal of body movement and the martial applications. Others ignored all of these vital aspects, even though these have often been discussed in the ancient Taijiquan classics. Thanks to this experience, as well as his study of shaolin White Crane soft-hard style kung fu, Dr. Yang felt he was able to understand the meaning of the Taiji classics. When he came to the USA in 1974, he started to realize how fortunate he was to have studied with Master Kao, Tao.

In the beginning of 1975, Purdue University asked Dr. Yang to offer some credited Taijiquan classes for the Theater Department, and he started to dig deeper into taijiquan theory and search for the essence and the meaning of every movement. Dr. Yang has continued to collect ancient documents and translate them into English with commentary since this time, culminating in his book, "Taijiquan Theory of Dr. Yang, Jwing-Ming". The YMAA Taijiquan curriculum encompasses both the health and martial arts aspects of Taijiquan.