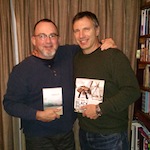 Nov 27, 2013
YMAA co-author, Kris Wilder, of The Way to Black Belt: A Comprehensive Guide to Rapid, Rock-Solid Results, was recently teaching a seminar in Oxford, England. Afterwards he met YMAA author, Goran Powell of Chojun: A Novel, had dinner and later time for tea at Goran's home in London. Here, the 'guys' had their picture taken, each holding the other's book. 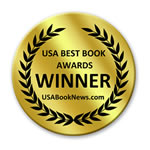 Nov 27, 2013
YMAA Publication Center announced four titles as recipients of the 2013 USA Best Book Awards sponsored by USA Book News. Two 'winners' were announced for YMAA books, Taewondo Black Belt Poomsae, Original Koryo and Koryo by Richard Chun and Doug Cook in the "Sports: General" category and The Raven's Warrior by Vincent Pratchett, in the "Fiction: Visionary" category. Two books received 'finalist' awards, Dukkha Reverb, A Sam Reeves Martial Arts Thriller by Loren W. Christensen in the "Fiction: Thriller/Adventure" category and Dirty Ground, The Tricky Space Between Sport and Combat, by Kris Wilder and Lawrence A. Kane in the "Sports: General" category.
The awards are celebrating its 11th year. Jeff Keen, president and CEO of USA Book News, said this year's contest yielded over 1500 entries from mainstream and independent publishers. These entries were then narrowed down to 400 winners and finalists and announced in 100 categories for titles published in 2012 and 2013. 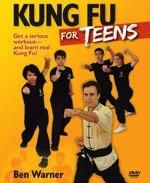 Nov 12, 2013
The new Kung Fu for Teens DVD has been awarded by the The Coalition for Quality childrens media (CQCM). The Coalition's KIDS FIRST! program evaluates, rates and endorses DVDs, TV shows, and more, using volunteer, community-based juries of adults and children from diverse backgrounds. The Coalition for Quality Children's Media is a national, nonprofit organization with a cumulative membership of over 17 million parents, whose mission is to teach children critical viewing skills and to increase the visibility and availability of quality children's media. Ben Warner and co-author Nicholas Yang have previously received this award for the "Kung Fu for Kids DVD".

Oct 22, 2013
According to a recent article by Laura Johannes of the Wall Street Journal, qigong, a Chinese health practice based on gentle movements, meditation and breathing, has wide-ranging benefits including improving balance, lowering blood pressure and even easing depression. And for more information about qigong, see Dr. Yang, Jwing-Ming’s new book, Simple Qigong Exercises for Health, Eight Pieces of Brocade. 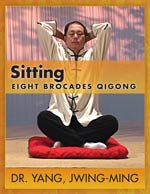 Oct 7, 2013
By popular demand, several YMAA videos have now been added to Amazon.com's Instant Video service. The "Sitting Eight Brocades Qigong" video is one hour and 12 minutes of follow-along practice with Dr. Yang, Jwing-Ming. The hour-long "Standing Eight Brocades" is also available. Check back often on this page as we add more video titles for streaming rental or download during 2014.

Sep 4, 2013
Dr. Yang, Jwing-Ming is featured this week in an article on CNN.com titled "Learn from the champs: 10 classes taught by elite pros." The article promotes his private classes, saying "A variety of short- or longer-term summer seminars at his YMAA Retreat Center, located in the hills of Northern California's Humboldt County, cover kung fu, tajiquan, qiqong and other specialized martial arts topics under Dr. Yang's direct instruction in a remote (i.e. ideal) setting for training. Private one-on-one hour sessions with Dr. Yang can be arranged, with advance notice." 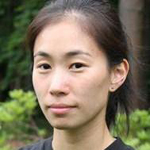 Jul 12, 2013
Michelle Lin is the first female student accepted for the next five years of the intensive kung fu training program with Dr Yang Jwing-Ming at the YMAA Retreat Center, beginning September 1, 2013. Students at the Retreat Center practice kung fu, tai chi, qigong, meditation and study Chinese language and culture, six days per week, for 10 months of the year, in the mountains of Northern CA. Excellent video by Andy Kwok. Scroll down the page to see Michelle's kung fu T-shirt designs.

Jun 20, 2013
YMAA author, Master Doug Cook, was recently inducted into the Legends of the Martial Arts Hall of Fame as “2013 Taekwondo Master of the Year.” The reception, held at the Split Rock Resort in Lake Harmony, Pennsylvania, was hosted by Grandmaster Eric Kovaleski and martial arts movie-star, Grandmaster Cynthia Rothrock. With over two hundred fellow martial artists in attendance, Grandmaster Kovaleski praised Master Cook ‘for his tireless contributions, both editorially and physically, to the discipline of taekwondo and for keeping the traditions of the art alive and well in America.”
Cook has authored four best-selling books on the martial arts, and has maintained a successful, professional martial arts institute Chosen Taekwondo Academy, Warwick, N.Y. His next book, Taekwondo Black Belt Poomsae Original Koryo and Koryo co-authored with Grandmaster Richard Chun will be published by YMAA Publication Center, Inc. this coming summer.

After BEA Conference, A Side Trip to Barnes and Noble 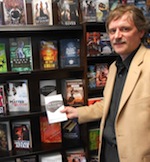 Jun 17, 2013
YMAA Publication Center staff attended the annual Book Expo America (BEA) from May 29 through May 31 at the Javits Center in New York City. After attending the BEA, David Ripianzi, publisher and Tim Comrie, production director, had a chance to do a little bookstore hopping. "It was a pleasure to find YMAA author Vincent Pratchett's new book The Raven's Warrior: a novel about martial arts action/fantasy story prominently placed in the new releases section of Barnes and Noble at Times Square," said Ripianzi. "When we asked the clerk why there were only two books, he replied, 'it's selling fast and more are on the way.'" In addition, Comrie and Ripianzi, found many other YMAA author's books with multiple copies on the sports and martial arts shelves. "Stores need to be picky these days, and we are pleased that YMAA books are a staple at Barnes and Noble bookstores." Ripianzi said. The BEA hosts book publishers from the United States as well as international. The Expo is an opportunity to network, attend seminars, receive awards, meet the media, but mostly to showcase new titles. And in addition to publishers, there are book vendors, authors, librarians, book retailers, and consumers that attend the event.

Jun 17, 2013
It was a full house at the 2013 Benjamin Franklin 25th Annual Awards Ceremony, on May 29, 2013, at the Marriot Marquis Hotel, in New York City. Executive Director Florie Binford Kichler, Chief Operations Officer Terry Nathan, and Assistant Director Lisa Krebs presented awards at an evening reception during the Book Expo America (BEA) Conference. YMAA author Goran Powell beat out hundreds of entries to claim a silver award for his historical fiction Chojun: a novel. This is the fifth award that Chojun has claimed since its debut in December 2012. "Congratulations Goran," said David Ripianzi, publisher as he accepted the award on behalf of the author. 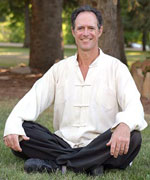 Jun 7, 2013
YMAA author John Loupos will offer a Liu He Ba Fa weekend seminar series beginning Sat/Sun, July 20-21in lovely Cohasset, Ma. Ba Fa, sometimes referred to as ʻwater boxingʼ, is composed of elements based on the three states of water drawn from Tai Chi (liquid water), Hsing Yi (solid ice) and Bagua (gaseous vapor). Liu He Ba Fa will expand and solidify your base of knowledge and advance your command of all your internal practices to a higher level. Each weekend will cover one entire section of the form. Cost: $350/ session. Register by 7/1 & save $25. More details at the Jade Forest website.

May 15, 2013
The YMAA YouTube channel has reached a milestone of over two million views on our preview trailers and streaming videos. The YMAA video channel has over 100 videos, arranged in the playlists "YMAA Previews", which features trailers for all YMAA DVDs, "Rent YMAA Videos", which features 10 full-length video segments from various programs, and "Dr. Yang, Jwing-Ming", which features a collection of Dr. Yang videos from various sources, dating back to the 1980s. Thanks to all those who have viewed the videos, and please subscribe to the YMAA video channel.

May 6, 2013
The United States Taekwondo Grand Masters Society presented Grand Master Richard Chun with the "Pioneer Award," which is the most prestigious award in Taekwondo. The event was held at the 8th Annual Hall of Fame Awards Ceremony in Fort Lee, N.J. this past April. On hand to share this momentous occasion were many distinguished members of the United States Taekwondo Association, Mrs. Karin Chun, friends, family and former students. Grand Master Richard Chun is the author of Tae Kwon Do—The Korean Martial Art and Advancing in Tae Kwon Do (YMAA Publication.) He is the co-author with Master Doug Cook of Taekwondo Black Belt Poomsae Original Koryo and Koryo, YMAA upcoming publishing date of July 2013. 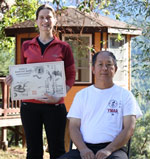 Apr 4, 2013
Both men and women are invited to attend this seminar. Much of the info applies to men as well - cardiovascular health, hypertension, hormone balance, sex drive, digestive problems and many more. Register on Lisa's website (enter code "25offNC" for $25 discount). Hosted by Magic Tortoise Taijiquan at New Hope Camp & Conference Center, 4805 N Carolina 86, Chapel Hill, NC 27514. She is the Founder of the Qi Gong Institute of Rochester and has been teaching Qigong and Tai Chi for over 18 years. Lisa was the first to receive full Master-level certification in Dr. Yang, Jwing-Ming's Qigong program. Ms. O'Shea is also a certified Qi Healer through the Chinese Healing Arts Center. Lisa is the author of the YMAA DVDs Qigong for Healing and Qigong for Women.

Mar 13, 2013
YMAA author, Ramel Rones, will hold two seminars, at Boston YMAA School. On Sunday, April 28 will be “Sunrise Tai Chi, Meditation, Movement and Visualizations.” On Sunday, May 5, will be “Sunrise Tai Chi Sunrise Form and Energy Work. Both are set for 9 a.m. to 1 p.m. Registration and more information may be found on the Boston YMAA web site.
Sunrise Tai Chi is a series of powerful mind/body exercises that awaken the senses, stimulate the mind, and fill your body and spirit with abundant energy. In this two-part seminar you will learn to revitalize your health and well being through deep relaxation, breath, meditation, stretching and strengthening techniques. You will learn to boost your energetic system using the mind and the sun and free your skeleton from being a prisoner of soft tissue.
Ramel (Rami) Rones is a champion martial artist on the leading edge of Qi Gong therapies for patients with cancer, fibromyalgia and arthritis. He is the author of the bestselling book and DVD Sunrise Tai Chi. Ramel has worked with numerous hospitals and research centers including, Harvard Medical School, Boston Medical Center, Tufts Medical Center, Children's Hospital Boston, and Dana-Farber Cancer Institute. 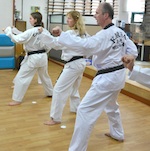 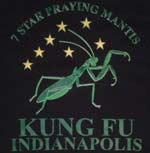 Feb 20, 2013
Life Systems Martial Arts and Seven Star Praying Mantis Kung Fu of Indianapolis will host Master Yang Jwing-Ming for two days of seminars on March 23-24, 2013. On March 23 (Saturday) from 9am to noon will be Chin Na levels 1 and 2 and from 2pm to 5pm, Chin Na level 3 and level 6 counters. On March 24 (Sunday), from 9am to noon will be Qigong-1 (Qigong Theory and Spine Qigong) and 2pm to 5pm, Taiji Pushing Hands and Martial Applications. Visit Facebook for details, or contact Life Systems martial Arts at 520 N. Madison Ave., Greenwood, IN. (317) 889-5556 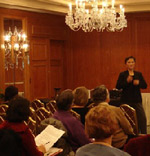 Jan 22, 2013
This special weekend with Dr. Aihan Kuhn provides you the opportunity to learn how to heal with TCM, qigong, and Tai Chi. All participants will develop emotionally, mentally, physically, and spiritually. No matter what your challenges are, this conference will be of great benefit to you. Call with any questions about the Natural Healing & Prevention Conference at 508.380.0449, or email info @ tqhi.org The seminar is March 1-3 at The Boston Langham hotel. Save 10% when 2 people register and 20% with 3 or more people. Read more.