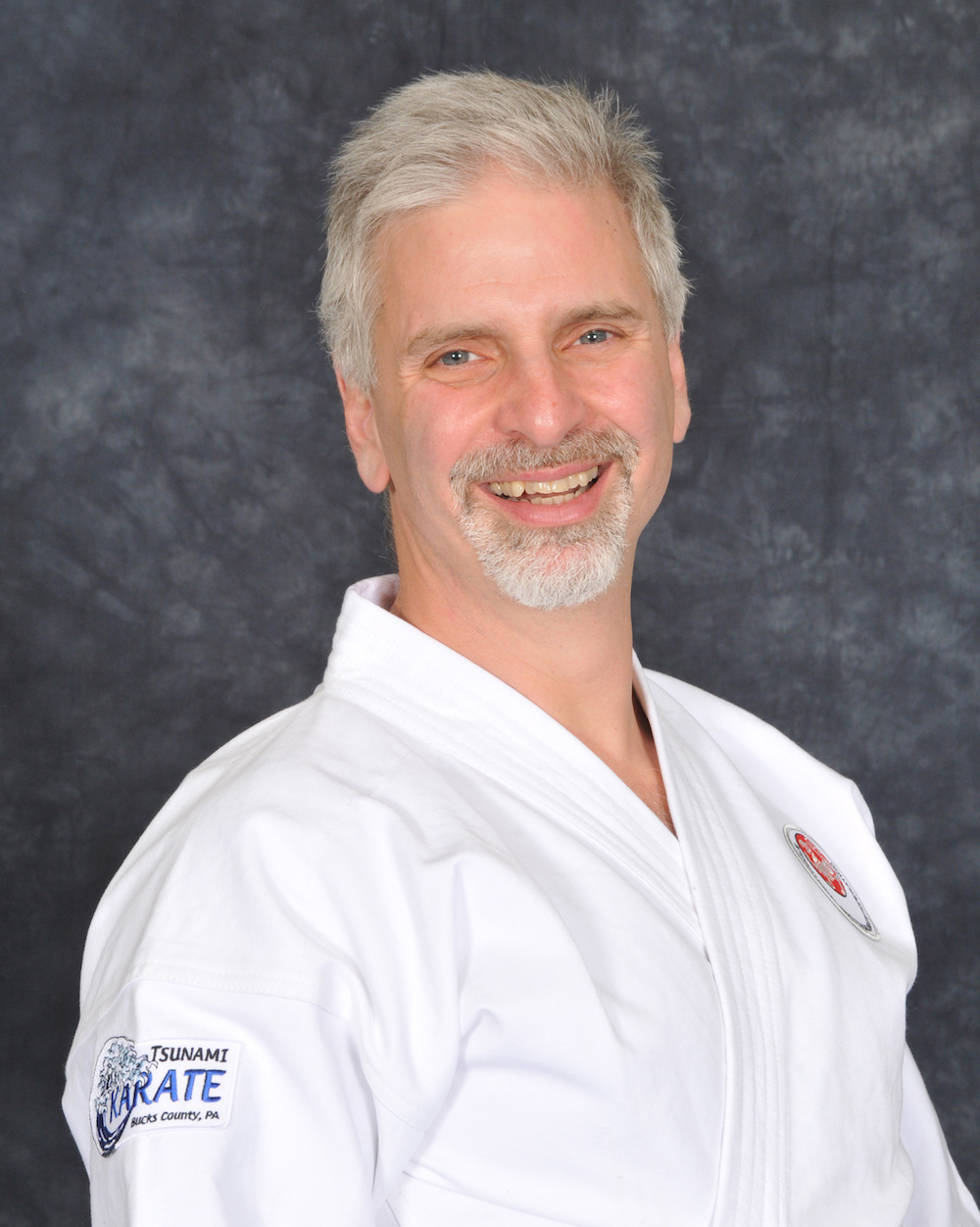 Empty your mind of concern so Karate can help you discover the truth of your abilities.
Bruce Costa

Bruce Costa is the founder and chief instructor of Granite Forest Dojo, a learning and community center in historic Upper Bucks County, Pennsylvania, where he and other qualified instructors offer mentorship to adults, youngsters, and young families. The multilayered school specializes in traditional karate instruction, mindfulness meditation, philanthropic fundraising, and community-building. It is housed in a beautiful, student-designed and -built dojo. Having trained his entire adult life under one of the world’s most respected Shotokan Karate practitioners, Grand Master Teruyuki Okazaki, Costa is a fifth degree black belt, an active member of the International Shotokan Karate Federation’s rigorous Instructor’s Training program, and a tournament champion. He has formally taught personal development through mindfulness and karate at every level from graduate students at MIT’s Sloan School to 3-year-olds in private preschools; from large assemblies to intimate groups.

Previously, Bruce Costa worked in, presented to, and consulted for various higher education, manufacturing, publishing, distribution, and retail industries for decades. He was an internationally recognized trade author and speaker for Marvel Comics before becoming a full-time freelance columnist, feature writer, and storyteller. He provided school assemblies, classroom appearances, trade show panels, and motivational lectures for primary schools regionally and business organizations internationally. For 10 years he served as a volunteer firefighter and emergency medical technician.

Inspired by the passing of a special young student in 2011, Costa serves as a board member to The Christopher Court Foundation, which has raised hundreds of thousands of dollars toward pediatric brain tumor research. Costa was a one of four cyclists who trained for two years to ride across the United States, resulting in a $120,000 contribution to Children’s Hospital of Philadelphia’s world-class research division.

Costa is a partner at A+ Student Housing, where he teaches young adults to understand their rights and obligations under legal contracts, and the owner of Costa501 Signs & Banners, serving non-profits and community groups. As a formal mindfulness meditation practitioner since 2007, Bruce Costa is the facilitator of Granite Forest Sangha. In 2007 he was named Tâm Chân Bi (Heart of True Compassion) by Zen Master and Nobel Peace Prize nominee Thích Nhât Hanh.

He is also the author of over 250 published feature articles, interviews, book reviews, and column installments, plus some works of licensed fiction.

Welcome To Karate: Unlocking the Wisdom of the Beginner's Mind
$11.37