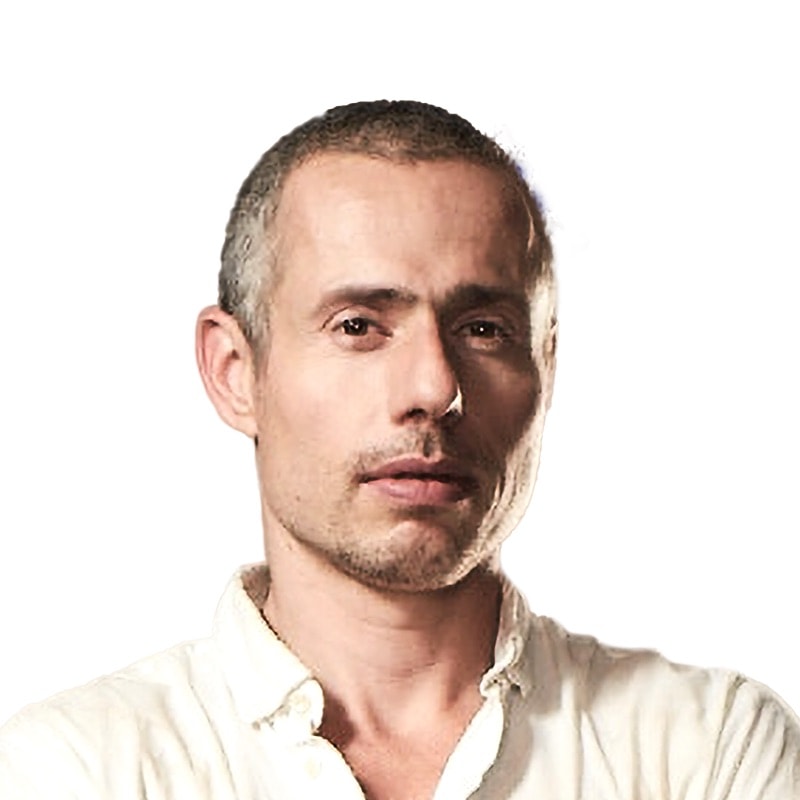 For more than 30 years I have devoted myself to the study of spiritual and bodily practices from around the world.
David Verdesi

David Verdesi travelled the world to study the concepts of Christianity, Buddhism, Hinduism, Taoism, Kabbalism. He deeply practiced disciplines such as yoga, kung fu, pranayama, tantra, and qigong and spent several years in solitary meditations in the mountains, talking with monks, shamans and philosophers.

Simultaneously with his travels, he studied anthropology, psychology, neurobiology, quantum physics. As a scientist, he delved into each of the concepts and juxtaposed ancient practices with scientific knowledge, with the goal of adapting them to modern life. This quest led him to become the subject of the docuseries “Searching for Superhumans”.

“For a long time my core interest was human superpowers. I explored the possibilities of enhancing our body’s potential, and succeeded in it. From what I have learned, I have developed systems of physical and mental exercises that take our capabilities far beyond what we are used to. Over time I have come to the conclusion that super-energy, strength and concentration are not the goal, but only steps on the way to acquiring the main core task of human life: HAPPINESS.

In the process of my scientific research, I also realized at some particular point that all the great masters I have met on my path, and all people with developed superpowers, consciously or unconsciously apply the same mental principles.

Now I have pooled my skills and knowledge together to help others achieve and maintain a lasting state of happiness. Among my regular clients are leaders of large organizations around the world, entrepreneurs, and politicians.

My teachings are based not only on theory, but also on constant practice. My students get effective assignments from the first classes, and through constant work they really become happier. The rapid development and upswing in all social spheres is a small and not the only side effect.”