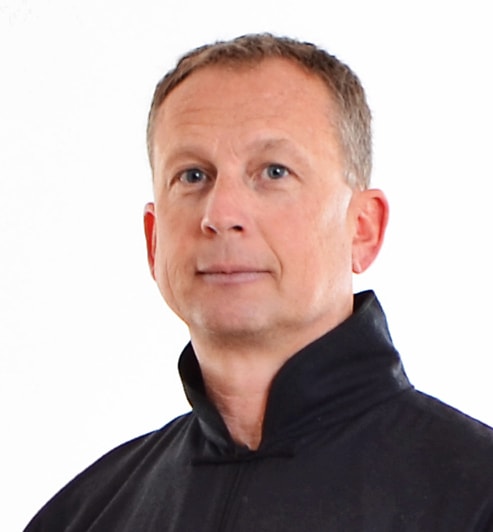 David W. Grantham was born on September 22, 1965, in Dorchester, Massachusetts and raised in Weymouth, Massachusetts from the age of three. At the age of eighteen, he attended Bridgewater State College to pursue his dream and currently is employed by United Airlines as a pilot based in New Jersey.

Mr. Grantham began his martial art training at the age of twenty-four, studying Liuhebafaquan under the tutelage of instructor David Zucker. Mr. Zucker studied under the late Master John Chung Li. He also trained in a fighting form taught only to advanced students. After training for one year with Mr. Zucker, Mr. Grantham was encouraged to further his knowledge of Chinese martial arts and was recommended to attend Yang's Martial Arts Association headquarters in Boston. He joined YMAA and started training under the Shaolin curriculum. Over the years of training at the school and attending seminars abroad, Mr. Grantham expanded his studies to include taijiquan and qigong. On January 28, 2000, he was awarded assistant instructor of chin na and on January 30, 2007, he was awarded the rank of chin na instructor. In 2008, Mr. Grantham was awarded a coach instructor position by Nicholas Yang.

David Grantham has been training in martial arts for 30 years. He is currently the coauthor of Tai Chi Ball and Tai Chi pushing hands. He currently holds Certificates as Coach Instructor and Chin Na Instructor and offers classes at the Hunterdon Wellness Center in Clinton, New Jersey. In addition he offers privates, and seminars on Tai Chi Ball, Chin Na, Tai Chi, Qigong, and White Crane Style martial arts. David Grantham resides in Hunterdon County, New Jersey with his wife, and two children.

2021: KungFuMagazine.com, Gene Ching, David Grantham on Writing with your Master