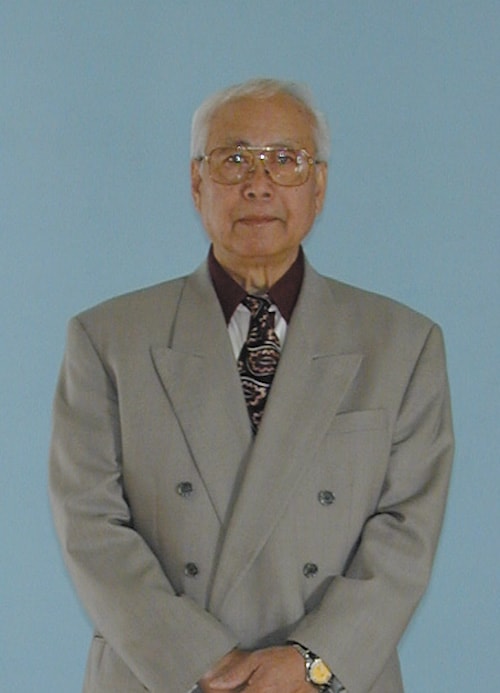 Gin Foon Mark was born in 1927 in Toison, China, a small village near Canton (Guandong). At the age of five he began his studies in the art of Gongfu, under the supervision of his uncle Kong Boon Fu, a 4th generation master of White Crane Gongfu. His grandfather, who was also a master, tutored him in their family style known as Mok Gar (Mark Style) Gongfu.

At the age of nine he was admitted to the Shaolin Temple at Chun San and studied with the monk Moot Ki Fut Sai. During his stay in the Shaolin Temple Master Mark received instruction in the Five Animal Style, White Crane, Eagle Claw, Leopard, and Tiger Gongfu styles.

While in the Shaolin Temple he learned many external and internal Qigong exercises, including Iron Shirt, Iron Palm and Cotton Palm. He also learned acupuncture techniques for healing.

In 1947 the Chinese Association of New York asked Master Mark to come to the United States to teach Gongfu to the Chinese community. In 1956, at the age of 29, Gin Foon Mark began studying under Lum Wing Fai, the fourth generation master of the Southern Praying Mantis Gongfu system. For the next 13 years he studied with Mr. Lum. In 1969 Mr. Lum closed his hands (retired) and appointed Gin-Foon Mark to take over as the fifth generation master of this system.

In 1979 Mr. Mark went back to China. While he was there he studied Six Healing Sounds Qigong in Beijing under a teacher known as the Old Master of China. Mr. Mark gained much valuable knowledge from his study of many Qigong styles, so he decided to share his knowledge and experience by teaching the Six Healing Sounds to students in his Gongfu school.

Gin-Foon Mark is also an accomplished Chinese ink-brush artist and calligrapher. He has been featured on the national television program You Asked for It. The State of Minnesota holds Gin-Foon Mark in high esteem and has produced a videotape of him that is included in the collection of their State Cultural Treasure Program.