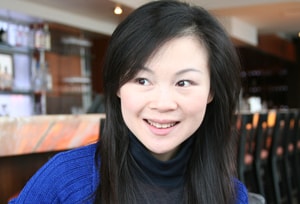 Master Helen Liang, the eldest daughter of Grandmaster Liang, Shou-Yu, began training in traditional Wushu at the age of 4 under the strict guidance of her father. At the age of 11, she was chosen to train with Sichuan Provincial Wushu School. In 1985, she immigrated to Canada and became an official instructor at the Shou-Yu Liang Wushu institute in 1989.
During her years of training, she has participated in many national and international competitions and has won a great number of gold medals. She has been featured in many magazines and TV programs including Chinese Central Television(CCTV), Shanghai and Sichuan Provincial television in China, Cathay television in Canada, national pay-per-view features in the US, CBC and Channel M in Canada, as well as several newspapers and magazines in China, US, and Canada.
She is vice-president of the Shou-Yu Liang Wushu Institute, and author of several videos. Master Helen Liang lives and teaches in Vancouver, Canada.

Qigong for Cancer: Beginner Exercises for Healing and Prevention
$39.95