Joe Varady | YMAA
Skip to main content
Free Shipping (US Only, Min. $70+ Conditions apply)    |   20% Off Everything, Some Exclusions Apply. 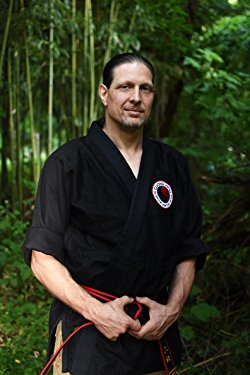 30 years experience in the martial arts.

Clearly somewhat of a fanatic, I test my martial skills continuously by competing.
Joe Varady

Joe Varady began his formal martial arts training in 1986. Over the past three decades, he has cross trained in eastern martial arts such as karate, tae kwon do, judo, wing chun, and eskrima, as well as various western martial arts including boxing, fencing, long sword, sword and shield, pole-axe, and various methods of armored fighting. Joe is also a trained educator with a Master’s Degree in Elementary Education. In 2006, he became a certified Master Instructor in The Bao Way System of Self Defense.

Joe currently shares his martial arts knowledge as the head instructor of two programs: traditional martial arts through Satori Dojo, founded in 1994, and eclectic weapons systems through Modern Gladiatorial Arts, founded in 2016, both located in his hometown of Phoenixville, Pennsylvania. He is also an active member of the Universal Systems of Martial Arts Organization, a fellowship that provides practitioners of different styles of martial arts with an open forum for sharing techniques and principles. Joe was inducted into the Philadelphia Historic Martial Arts Society Hall of Fame in July 2016. In 2021, after more than 35 years in the martial arts, he was promoted to Grandmaster, 7th degree, at the age of 52.

Joe can be reached by email: [email protected]

The Art and Science of Staff Fighting
$18.36

The Art and Science of Stick Fighting
$18.36

The Art and Science of Self-Defense: A Comprehensive Instructional Guide
$22.95