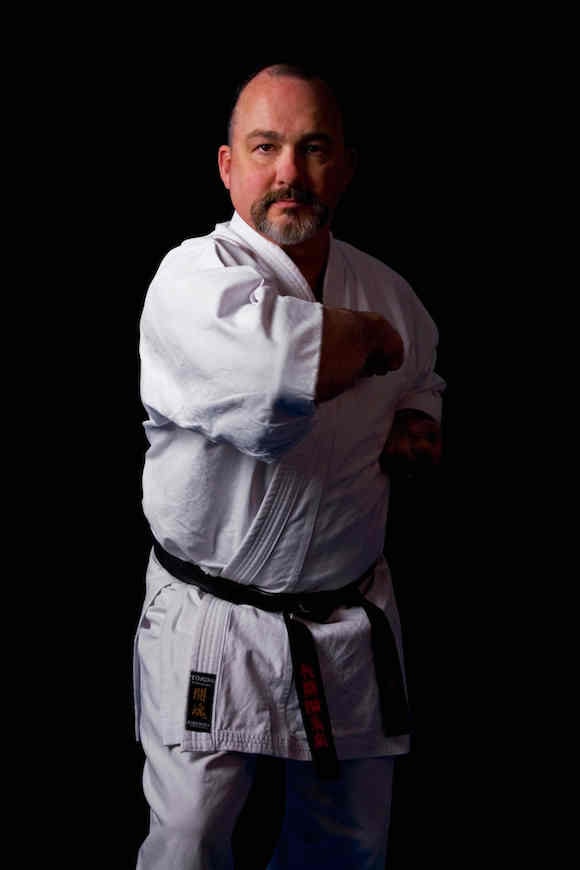 Kris Wilder began his martial arts training in 1976 in the art of Tae Kwon Do, he has earned black belt-level ranks in three arts: Tae Kwon Do (2nd Degree), Kodokan Judo (1st Degree) and Goju-Ryu Karate (5th Degree), which he teaches at the West Seattle Karate Academy. He has trained under Kenji Yamada, who as a Judoka won back-to-back United States grand championships ('54-'55); Shihan John Roseberry, founder of Shorei-Shobukan Karate and a direct student of Seikichi Toguchi; and Hiroo Ito, a student of Shihan Kori Hisataka (Kudaka in the Okinawan dialect), the founder of Shorinji-Ryu Kenkokan Karate.

Though now retired from Judo competition, while active in the sport Kris competed on the national and international level. He has traveled to Japan and Okinawa to train in karate and has authored several books on the martial arts, including co-authoring "The Way of Kata." He has also written guest chapters for other martial arts authors and has had articles published in "Traditional Karate," a magazine out of the U.K. with international readership. Kris also hosts the annual "Martial University," a seminar composed of multidisciplinary martial artists, and he regularly instructs at seminars.

Kris lives in Seattle, Washington with his son Jackson.

The Way of Kata—A Comprehensive Guide to Deciphering Martial Applications
$21.56

The Way of Sanchin Kata—The Application of Power
$19.96

The Little Black Book of Violence—What Every Young Man Needs To Know About Fighting
$19.96