Marisa Cranfill | YMAA
Skip to main content
FREE Shipping Order Over $70. (US Only, Conditions apply)    |   Up to 20% Off. Exclusions apply. 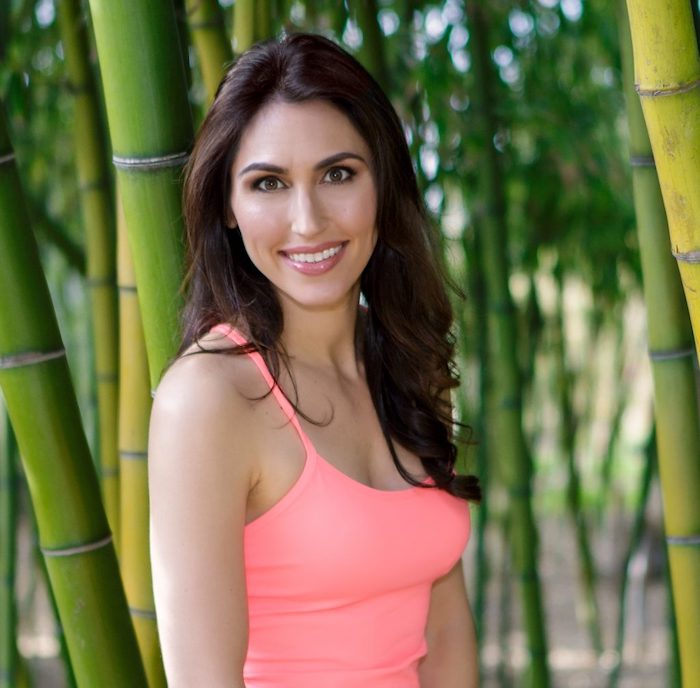 My role as a Qigong instructor is to keep Qigong pure — away from ego, abuse of power, manipulation, misguided sexuality, and animal magnetism. My channel as a Qigong master is to embody experience, reason, wisdom, humility, beauty, grace, care, love, and genuine connection for the benefit of all beings.
Marisa Cranfill

Marisa Cranfill is the founder of YOQI yoga + qigong. Frequent trips to Asia as a child inspired Marisa to study academically and work there for over 15 years. While living in China and Thailand she received direct transmission from Qigong masters, nuns and healers in both the Buddhist and Taoist traditions. Marisa developed YOQI over years of teaching Yoga and Qigong at meditation retreats. She found that both practices contained key principles and techniques that enhanced the student’s stamina and sensitivity to energy during the long seated meditation sessions. The routines reduced physical pain and gave them more focus and quality of awareness. This became the catalyst to extract a clear and effective program of mindful movement, accessible to everyone, that maintains the integrity of the ancient Yoga and Qigong traditions.

Marisa has been described as a generous and light-hearted teacher who guides her students through direct experience. A global citizen at heart, she speaks Spanish, Italian, Thai, Chinese and English, teaches around the world and offers free videos on the YOQI You Tube channel. She is proud to be a regular instructor with the Little Bangkok Sangha, holding annual meditation retreats and classes in Thailand. Marisa currently divides her time between Bangkok and San Diego where she enjoys hiking, aromatherapy, progressive metal music and high vibration adventures with her friends.

Although first immersed in Hatha Yoga in India in 1998, Marisa was trained to teach yoga at Yoga Elements, Bangkok. Living in Thailand, she had the opportunity to study with a variety of yogis from the Ashtanga, Integral Yoga, Anusara, Iyengar traditions. One of the largest influences on YOQI comes from Yin Yoga training with Paul and Suzee Grilley. Marisa is a certified 500 hour yoga instructor that includes 300 hours of Yin Yoga.

Marisa discovered Qigong as a student at Zhejiang University, China in 1999 through a local taiji chuan master. Since she has studied with many of the world's top Qigong masters, some well known and others off the grid. Marisa formally trained and is certified to teach with blessings from masters of two lineages of Qigong: Universal Healing Tao (Master Mantak Chia) and Master Robert Peng. She has also studied Medical Qigong at the Wandering Tao School in Yangshuo, China, as well as with respected Taoist scholar Kenneth Cohen. Female teachers include Qigong master and energy healer Liu He. She has over 10 years of practice with Chen style Taijichuan learned in training camps in China as well as with local Chinese Chen lineage holders. Her teaching style comes from experiential learning from both Buddhist and Taoist styles of Qigong.

Cultivating “bare awareness” is the foundation of all YOQI practices. Marisa has extensive experience with a range of Buddhist and Taoist meditation techniques including Samatha, Vipassana, Chinese Chan, Japanese Zen, and Pureland schools. Her primary method of practice and teaching is Vipassana from the Theravadin Insight Meditation tradition (the origin of “mindfulness” meditation).

Part of Marisa’s Yoga and Qigong training involved seven years (2004-2011) immersed in the spirit house tradition of Thailand where she studied the rituals and mythology of the Thai spirit world with local shaman priests in the Thai language. Stepping into other cultures through mythic membership greatly influences her understanding of energy healing, archetypes and our spiritual evolution. She gives annual lectures at museums and scholastic venues in Asia on the topic.