Michael Clarke | YMAA
Skip to main content
FREE Shipping Order Over $70. (US Only, Conditions apply)    |   Up to 40% Off. Exclusions apply. 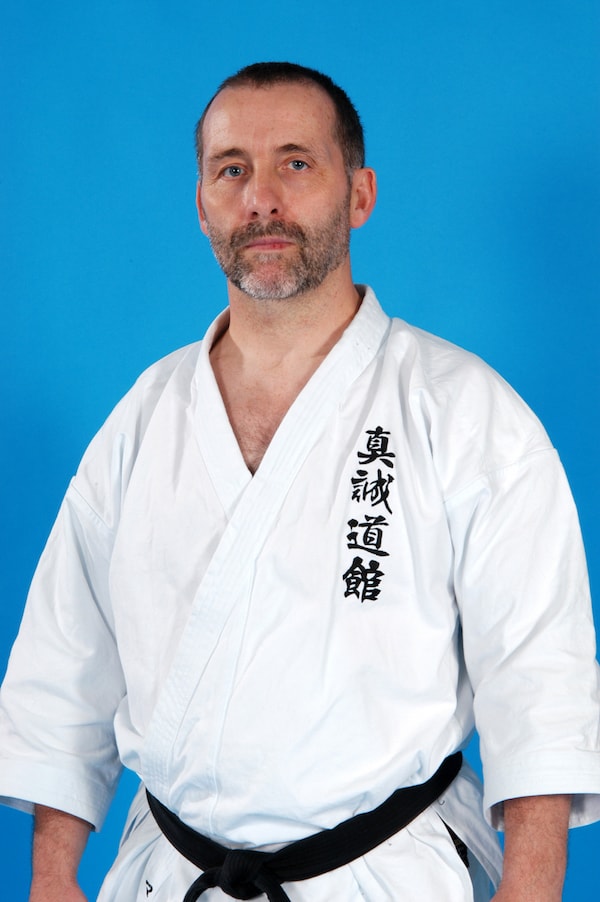 Michael Clarke, Kyoshi 8th dan. Born in Dublin, Ireland, in May 1955, Michael moved to Manchester, England with his family in 1958. There he grew up enjoying a very happy, but financially deprived, childhood. At the younger end of six children he came to understand early on, that life was tough, it wasn't always fair, but it was always worth living. His official schooling was 'basic' and he completed the mandatory ten years required by law, but left school at the earliest opportunity, shortly after his fifteenth birthday, little realising at the time how the negative consequences of that decision would effect his entire life.

By the age of seventeen he was behind bars, a veteran street fighter serving a two-year sentence for occasioning grievous bodily harm on one of his three opponents, this, at the end of a long line of court appearances on matters relating to violent behaviour on the streets of his hometown. Turning eighteen, considered adulthood in Great Britain, behind the walls of one of England's most notorious prisons 'Strangeways', was a wake up call that began his climb off the bottom. Released back in to society on parole in December 1973, he began training in karate, with the permission of his parole officer, in January 1974. The discipline of the training and focus on self-reliance proved to be a powerful attraction, and his propensity for aggressive behaviour was slowly turned inwards where it was aimed squarely at the negative aspects of his own character. With the guidance from four generous sensei over the past thirty-five years, and many occasional teachers, Michael turned his life around.

After a ten years of training in the Japanese system of Tani-ha Shito-ryu (Shukokai), during which he represented England for two years in both kata and kumite competition, he travelled to Okinawa for the first time in 1984, in search of the more traditional training methods that seemed to exist only on karate's island home. There he was accepted in to the dojo of the famed Morio Higaonna sensei, his education in Goju-ryu karate had begun. In 1992 he entered the Jundokan dojo of Eiichi Miyazato sensei, the dojo where Higaonna sensei himself had learnt karate, and became a student of the man who had received his instruction directly from the founder of goju-ryu: Chojun Miyagi. Six weeks before he passed away, in 1999, Miyazato sensei promoted Michael to 6th dan.

These days, Michael lives quietly with his wife Kathy, high on a hill over looking a bend in the river Tamar in Northern Tasmania. Surrounded by natural bush-land, he trains himself in karate and kobudo most mornings in the dojo attached to his home, and passes on what little he knows to a small group of students who gather three times a week for instruction. After twenty-five years, his magazine articles are still published regularly in Australia and England and read by people the world over, as are his three previous books; Roaring Silence, Budo Masters, and Small Steps Forward. During the summer months he frequently receives visitors to his dojo from around Australia and overseas.

The Art of Hojo Undo—Power Training for Traditional Karate
$13.77