Analysis of Genuine Karate: Misconceptions, Origins, Development, and True Purpose | YMAA
Skip to main content
FREE Shipping Order Over $70. (US Only, Conditions apply)    |   Up to 40% Off. Exclusions apply. 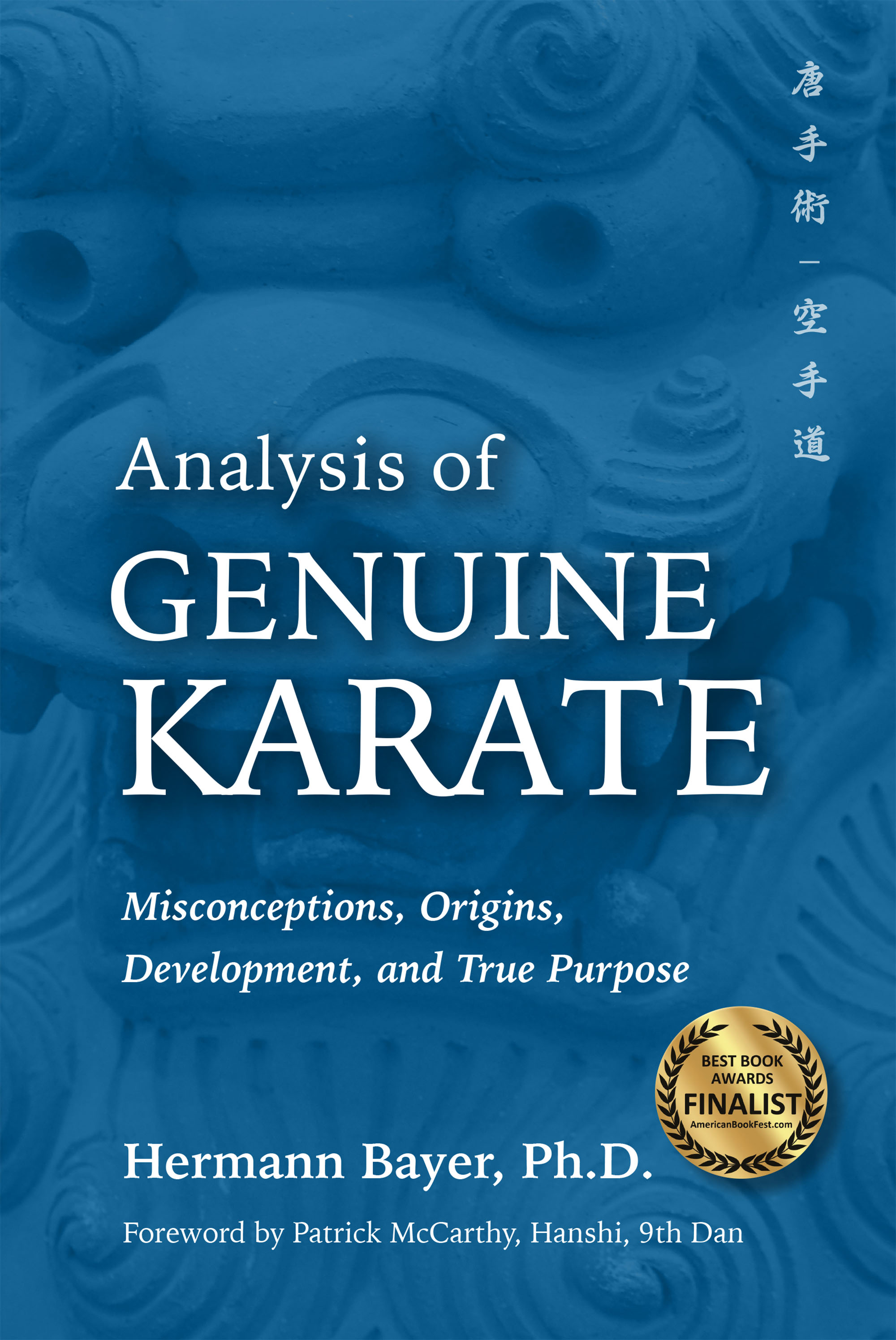 Genuine karate is an Okinawan martial art for self-defense; its principle of “never changing kata” is critical to its effectiveness.

Genuine karate is an Okinawan martial art for self-defense; its principle of “never changing kata” is critical to its effectiveness.

The changes made to karate in mainland Japan and in America have altered karate so intrinsically that it can no longer claim to be genuine karate.

Practitioners of karate are often confused, misguided, and even led to believe that karate is just karate—this is far from the truth.

Dr. Hermann Bayer, Ph.D., examines how Japan re-interpreted Okinawan karate to create its own unique style of karate-do, and how Japanese and American changes resulted in a modern karate-sport business.

This substantially researched work makes a compelling case for the socio-cultural and historic arguments to conserve genuine Okinawan karate. Supported by historical facts, scientific analysis, and public records, Dr. Bayer reveals the complex evolution of karate and the unsettled claims made upon it by various stakeholders.