The Cutting Season (Hardcover) | YMAA
Skip to main content
Free Shipping (US Only, Conditions apply) on orders $75 or more - We are shipping as normally without delays. 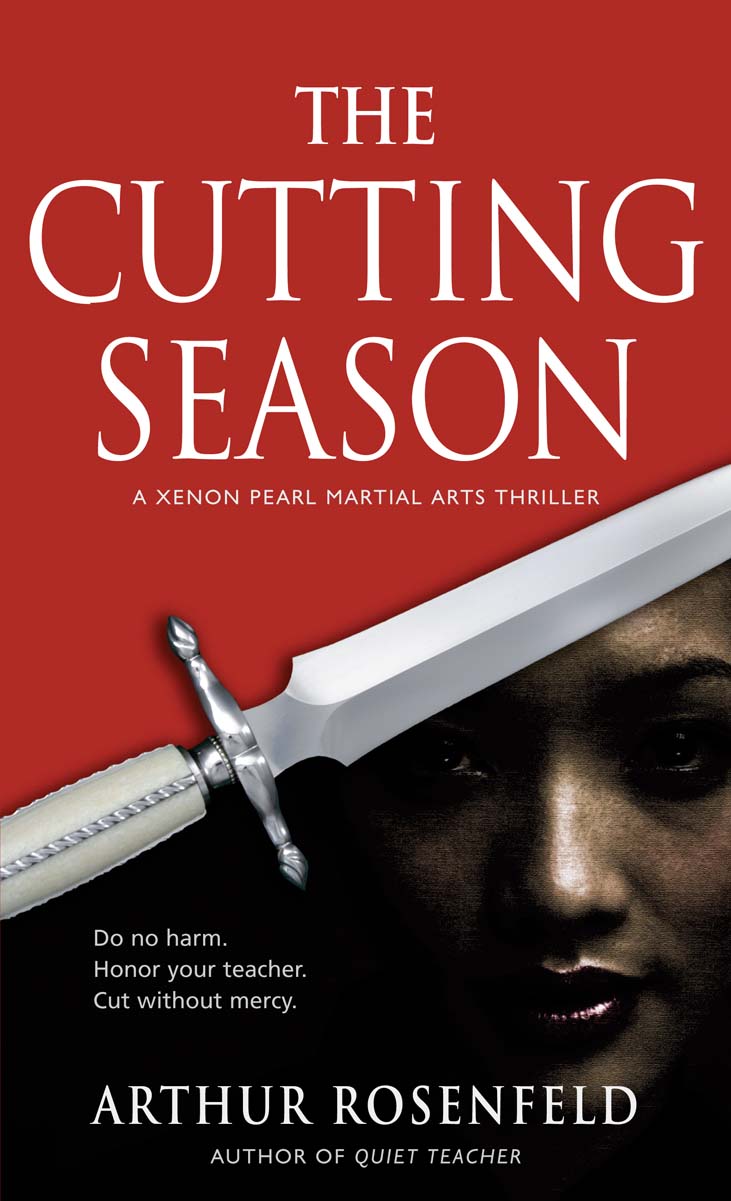 Dr. Xenon Pearl, the best neurosurgeon in South Florida, is the reincarnation of a vigilante Chinese warrior, or at least that's what the recurring vision of his dead kung fu master tells him.

If you like martial arts movies, you're going to love this book!
YMAA Publication Center has chosen author Arthur Rosenfeld's The Cutting Season to introduce a new literary fiction category: Martial Arts Fiction. The Cutting Season transplants this ancient, hugely popular, and authentic literary category to an American setting. Along with a thrilling story, The Cutting Season also conveys insights into genuine martial techniques and philosophies.
Dr. Xenon Pearl cuts brains for a living, and he's as good as it gets. His direct, sometimes abrasive style is forgivable in light of his skill with a scalpel, and tempered by his compassion for his patients and his friends. He is a dutiful son to his widower father, a doting grandchild to a grandfather who was once a rabbi, and he has even met the girl of his dreams. Everything is on-track for this medical golden boy.
The other side of this motorcycle riding, brilliant doctor façade is a side that Xenon (aka Zee) hides even from his father. Secretly trained since childhood by his Chinese nanny, Wu, Tie Mei--herself a martial warrior of shadowy lineage--Dr. Xenon Pearl is also a martial arts expert who loves the sword as much as the scalpel.
Now his past is showing up to literally haunt him. His dead teacher reappears, reminding him that he has lived many lives before…

I relived the foul stench of city cisterns, the rotting of corpses in the desert, the intoxicating smell of night-blooming jasmine, the musky odor of my own clothes after battle, the ripe and heady aroma of a wife waiting months for my return. My fingertips bore witness to the paper-thin delicacy of azaleas, and the smooth hands of children. My hands recalled weapons I have no name for, spiked ropes and strange maces with bumps and edges like some crazy fruit. I remember the gossamer threads of an industrious spider touching my eye. I remembered feeling holes where once I had teeth.

In this life, Dr. Xenon Pearl must use his skill – to defend the innocent, defeat the Russian mob, protect the woman who loves him, and stay one step ahead of a smart cop; he is set to lose everything unless he can cut just one more time.
"It's essential that you remember your previous lives," she said. "Without that memory, you're doomed to repeat your lessons."
"You are a fearsome warrior no matter what skin you wear, no matter the shape of your eyes; it's time to give up the scalpel and pick up your sword."
"I'm a doctor." I said. "And the way things look now, I'm a schizophrenic doctor."
"Your visions always come true." She said. "You are going to cut the man who burned his wife."
"I'm telling you to cut him now!"
In the spirit of martial arts tradition, The Cutting Season brings the traditional Asian martial arts novel to our shores, exploring human conflict, desires, and the search for moral certainties.
Do no harm... Honor your teacher... Cut without mercy...