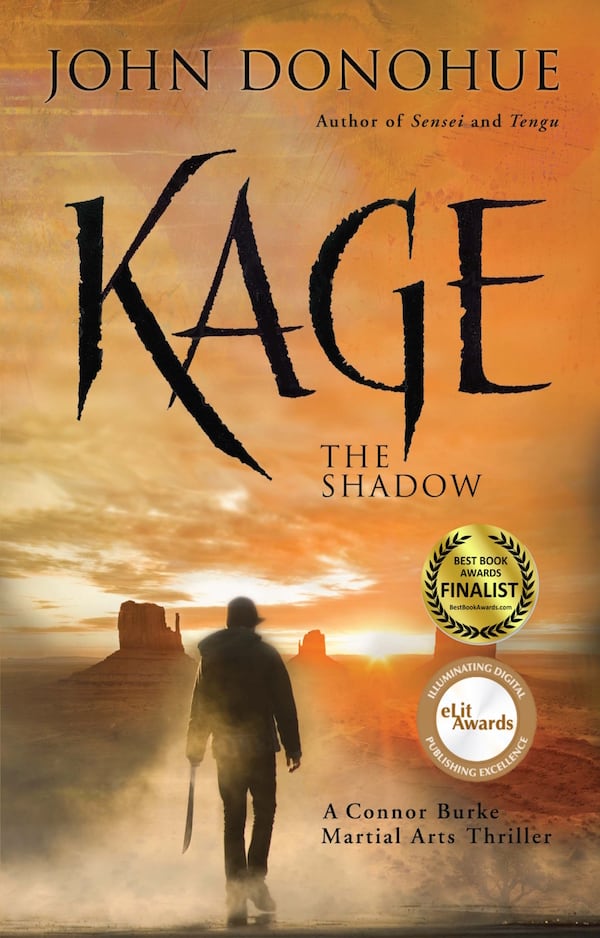 In the seemingly trackless waste of the desert outside Tucson, Arizona, a coyote cross border smuggler is found dead, another victim of the escalating violence on the southwest border.

In the seemingly trackless waste of the desert outside Tucson, Arizona, a coyote cross border smuggler is found dead, another victim of the escalating violence on the southwest border.
At the same time, a mysterious best-selling writer's death deepens the controversy surrounding his works.
Rumors surround the late Elliot Westmann, with dark hints of mystic vendettas and a confrontation with an assassin sent to punish Westmann for violating a code of secrecy in his books.
Westmann's daughter hires Connor Burke to assist in unraveling the mystery of her father's death, which the police have labeled as accidental. He is led from the scholarly assessment of Westmann's work to the investigation of Xochi, a magnetic young student of ancient Native cultures and secret trails across the desert.
In the withered and unforgiving landscape of the Southwest, Connor Burke works to pierce the cloud of mystery surrounding Westmann, his work, and a cryptic manuscript that has captured the deadly interest of rival smuggling gangs. Borders are dangerous, and as he uncovers clues suggesting the real reasons why Westmann was killed, he places himself and those he loves in deadly peril. Burke's only hope to solve this mystery is to appeal for the aid and guidance of his teacher, Yamashita. That won't be easy this time.
Kage builds on the characters and plots of the previous Burke novels Sensei, Deshi, and Tengu. It advances the ever-deepening relationship between student and teacher while weaving in time-honored themes of the martial arts— conduct, ordeal, and courage, with events as current as today's headlines.