Redemption—A Street Fighter's Path to Peace | YMAA
Skip to main content
Free Shipping (US Only, Min. $70+ Conditions apply)    |   20% Off Everything, Some Exclusions Apply. 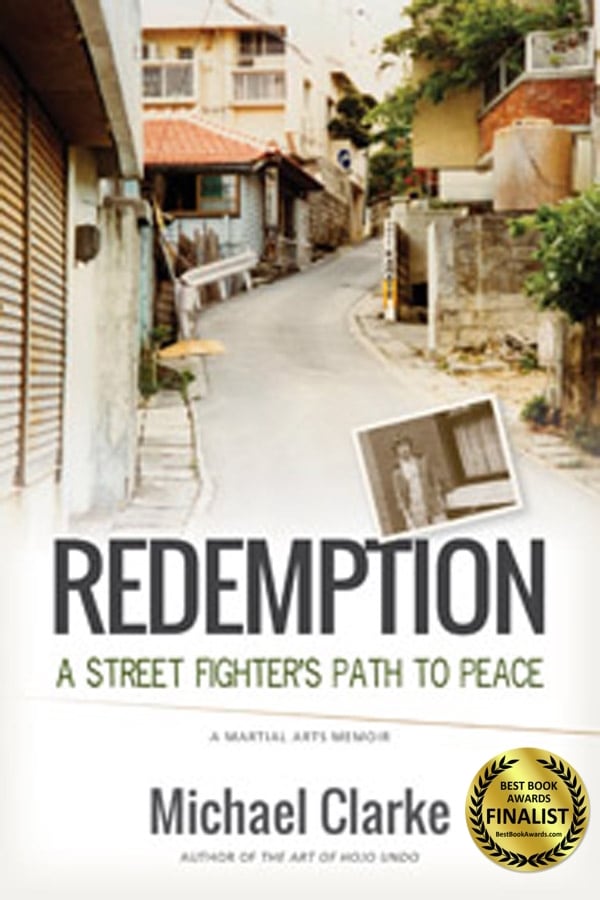 Michael Clarke was a street fighter, an angry kid. He grew up in the late sixties in Manchester, England, and lived in a rough neighborhood where, he writes, “Prostitutes worked the pavement opposite my home, illegal bookmakers took bets in back alley cellars, and street brawls were commonplace.” Then he entered a karate dojo and his life changed forever.

Michael Clarke was an angry, vicious kid, a street fighter. He grew up in the late sixties and early seventies in Manchester, England, in a tough neighborhood where, he writes, “Prostitutes worked the pavement opposite my home, illegal bookmakers took bets in back alley cellars, and street brawls were commonplace.”

He left school at fifteen and began his education as a pugilist on the streets. He fought in bars and clubs, at football matches, in parks, and in bus stations—and he was good. He reveled in the victories and the admiration they brought.

It was a life of knuckles and teeth, of broken bones and torn flesh—and the arrests that followed. Clarke was seventeen when a judge sentenced him to two years in Strangeways Prison, an infamous place also known as “psychopath central.”

In prison he resolved to change his life and stay out of trouble, but trouble was everywhere. He discovered a world of violent gangs, abusive guards, and inmates engaged in an endless struggle for dominance. Strangeways was a place where a person could get stabbed to death for taking the bigger piece of toast.

In time Clarke was released, but the transition was difficult and he almost fought his way back to prison. Then one night he entered a karate dojo and his life changed forever. He began a lifetime pursuit of budo, the martial way. He sought knowledge, studied with masters, and traveled to Okinawa, the birthplace of karate.

Redemption: A Street Fighter’s Path to Peace is a true account of youth wasted and life reclaimed. Michael Clarke reminds us that martial arts are not simply about punching and kicking. They forge the spirit, temper the will, and reveal our true nature.

The Art of Hojo Undo—Power Training for Traditional Karate
$18.36