Shaolin Long Fist Kung Fu | YMAA
Skip to main content
FREE Shipping Order Over $70. (US Only, Conditions apply)    |   Up to 20% Off. Exclusions apply. 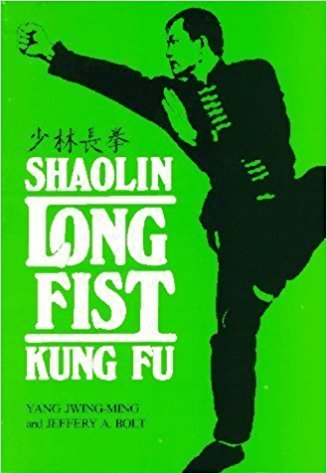 THE GRANDFATHER STYLE OF NORTHERN KUNG FU. Originally published in 1981, this is one of the cornerstone books of an intelligent kung fu library. A limited supply book.

Shaolin Long Fist Kung Fu is one of Dr. Yang ,Jwing-Ming's first books on a single art, and one of the cornerstone books of an intelligent kung fu library. It details the basics thoroughly, giving just a glimpse of higher teachings (such as Dim Mak & Dim Hsueh). It also allows for the practice to branch off into other styles by describing how Long Fist, called the "Grandfather Style of Northern Kung Fu" is related to numerous other styles, such as Tai Chi Chuan, Eagle Claw, Northern Praying Mantis and various Northern Chinese animal styles.

An important book for the stylist seeking to attain clarity in his or her understanding of the arts, regardless of style.