Simplified Tai Chi Chuan 24 & 48 Postures with Applications (2nd Edition Revised) | YMAA
Skip to main content
Free Shipping (US Only, Conditions apply) on orders $75 or more - We are shipping as normally without delays. 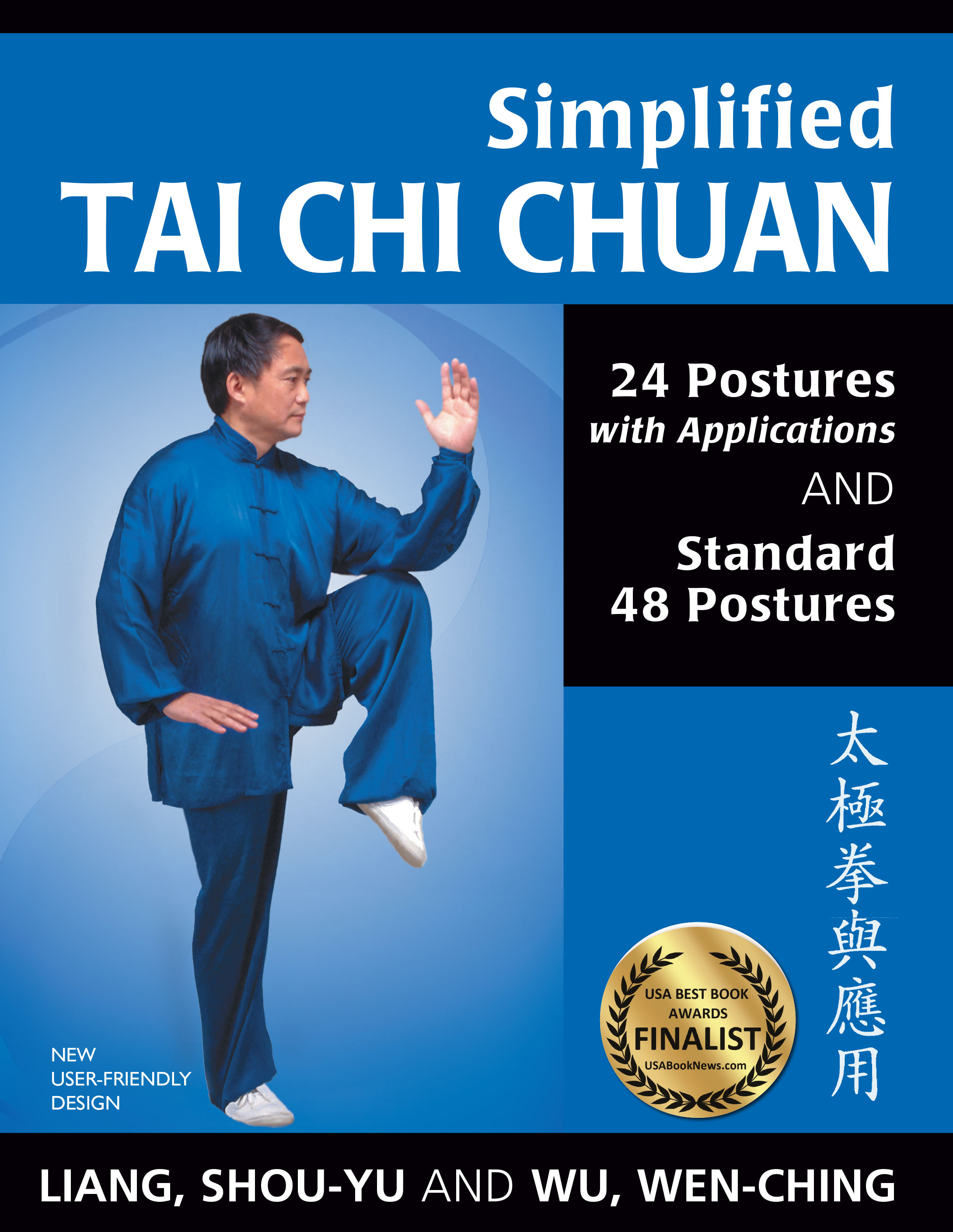 We've doubled the size of this book!

A new layout that guarantees easier learning. Larger photographs, step by step instructions for each movement right under the photos!

This revised edition of our best selling beginner Tai Chi Chuan book includes a new and modern easy-to-follow layout. Every tai chi movement is presented in 2-4 large photographs with clear instructions, followed by key points to help you learn properly.

Simplified Tai Chi Chuan 24 Posture is one of today’s most popular tai chi forms. Once learned, it can be performed in only six minutes. If you are learning tai chi in a school, a fitness club, a community or recreation center, or even the local park, this is the tai chi form you are likely to encounter.

The martial arts applications for each posture are shown so you can understand that every movement has a purpose.

Simplified Tai Chi Chuan 48 Posture is a popular tai chi form practiced by those who want a longer, more challenging sequence. Once learned, it can be performed in only twelve minutes. The forty-eight posture form is often the next form a student studies after learning the twenty-four posture form.

Here’s what is inside this book:

No matter your age, tai chi chuan is a wonderful way to improve your health and well-being.

If you arrived at this page from a QR code found on the back of the book Simplified Tai Chi Chuan 24 & 48 Postures with Applications 3rd edition you are in the right place.

Each movement has a martial arts application.