Tai Chi Concepts and Experiments: Hidden Strength, Natural Movement, and Timing | YMAA
Skip to main content
FREE Shipping Order Over $70. (US Only, Conditions apply)    |   Up to 20% Off. Exclusions apply. 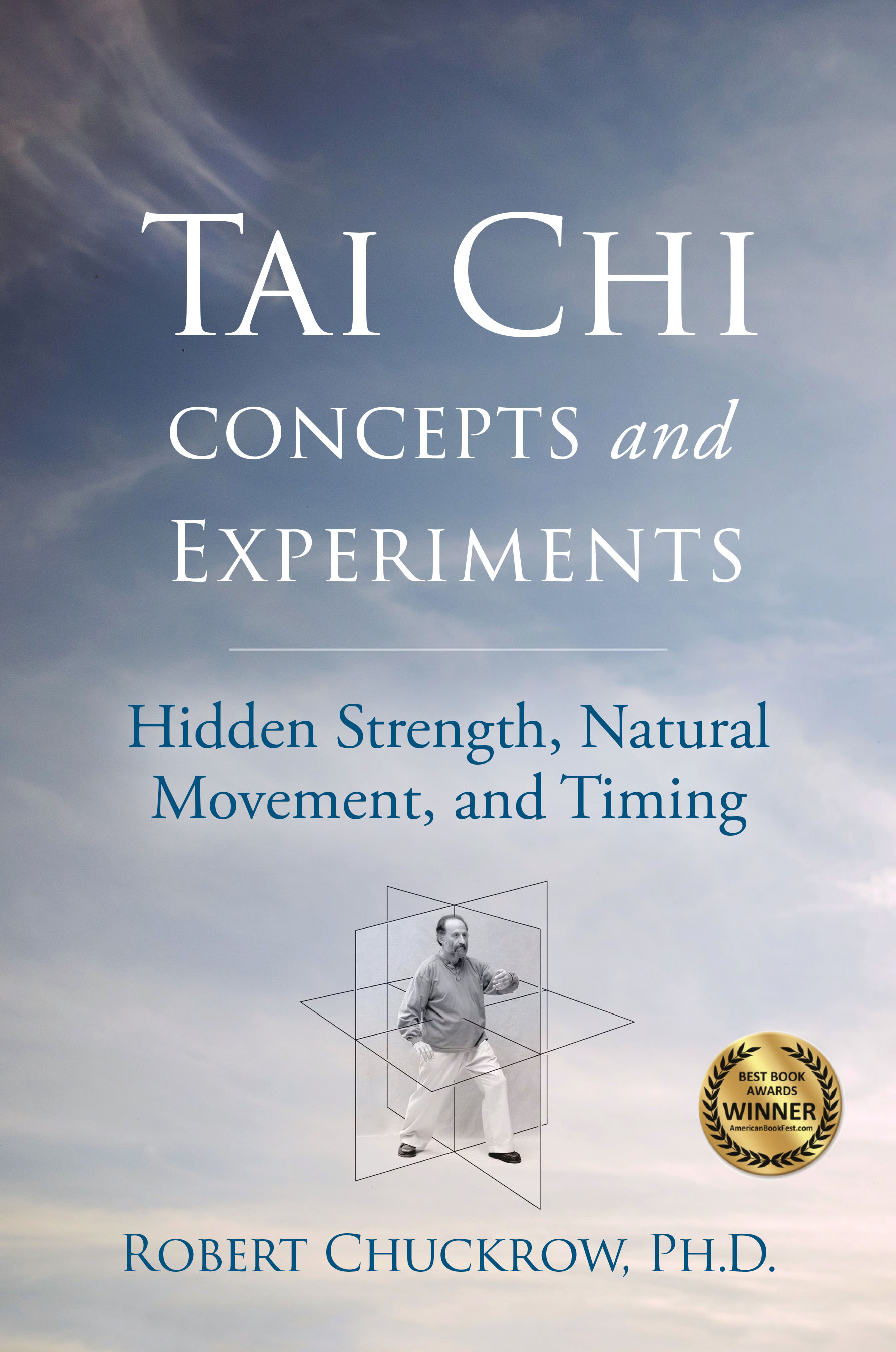 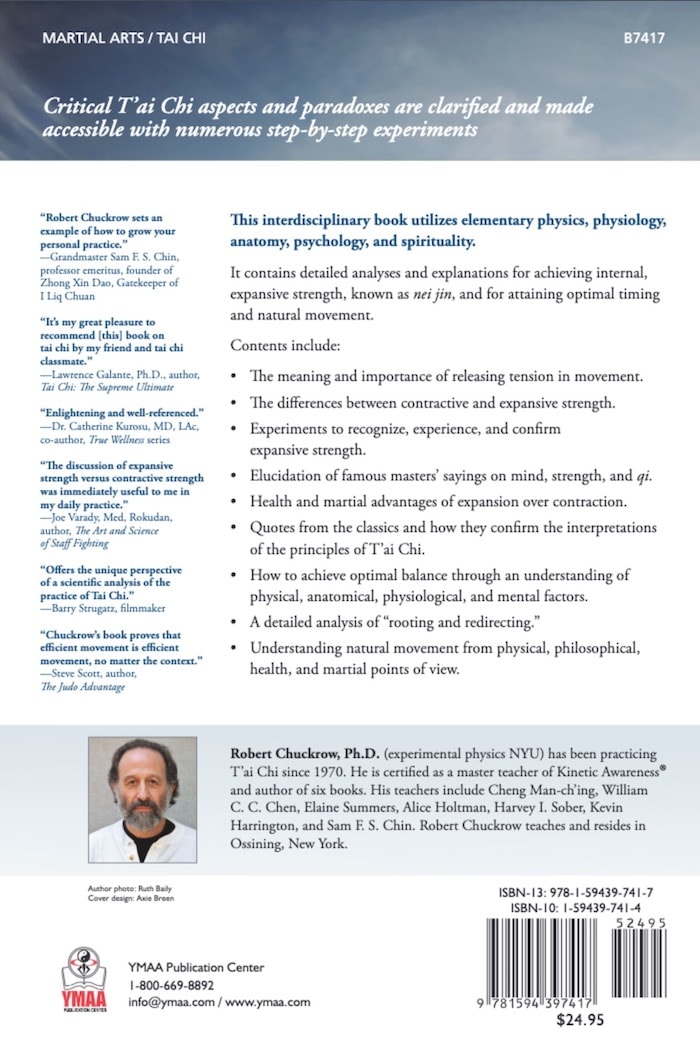 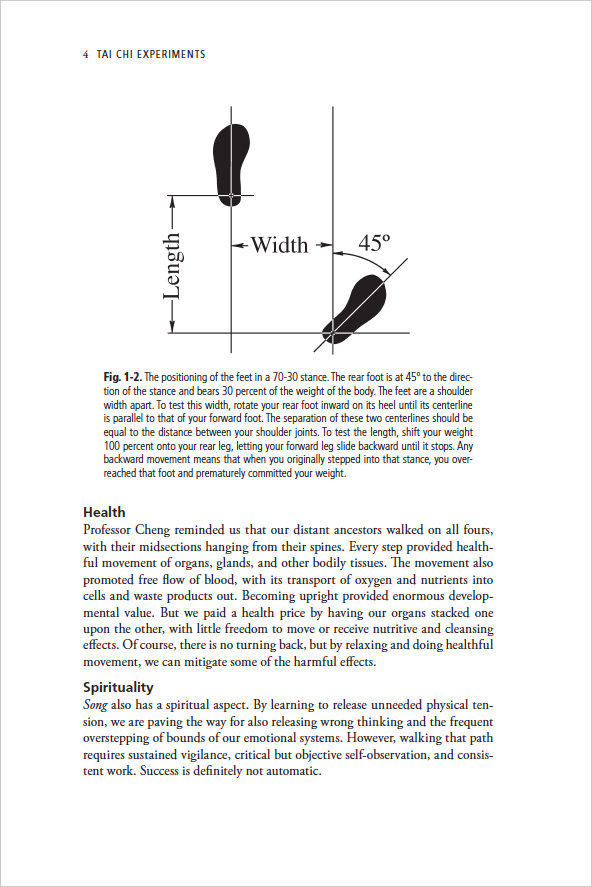 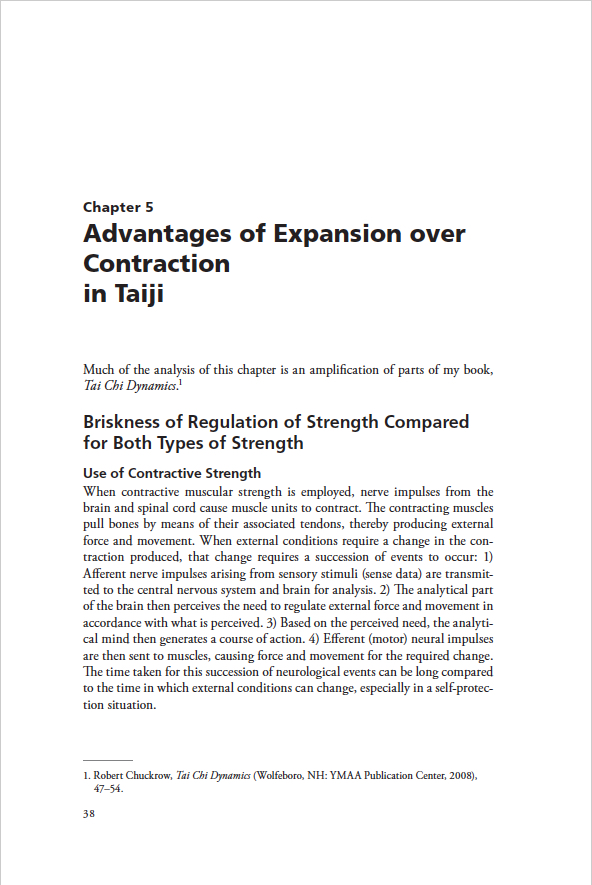 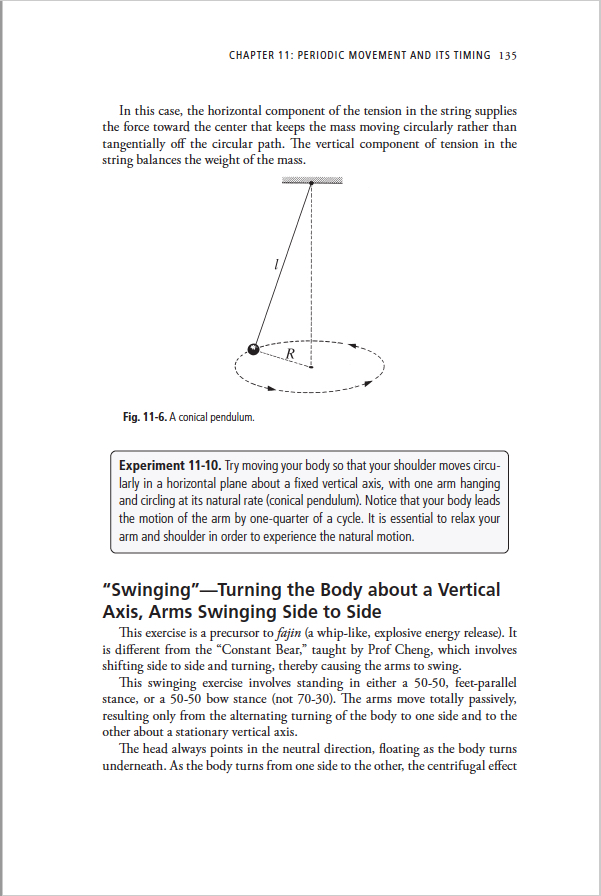 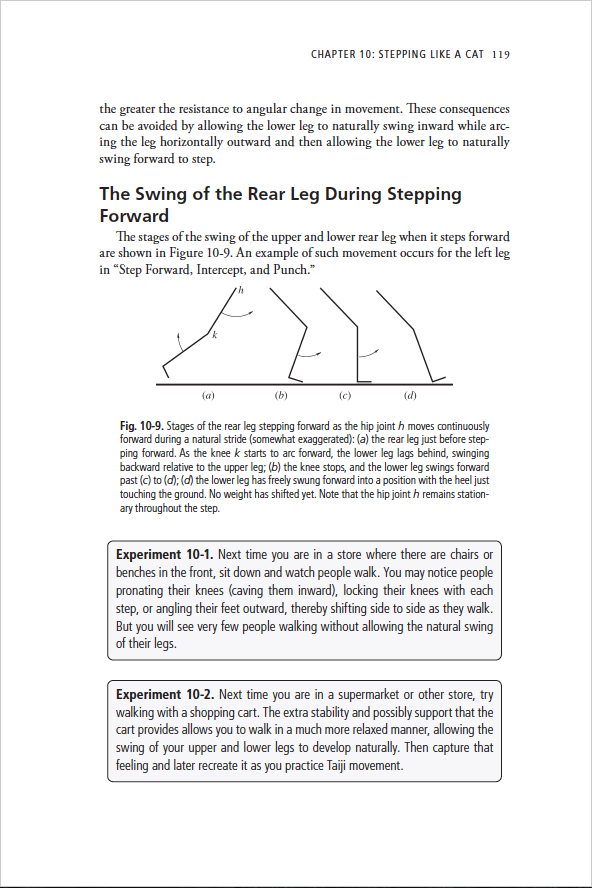 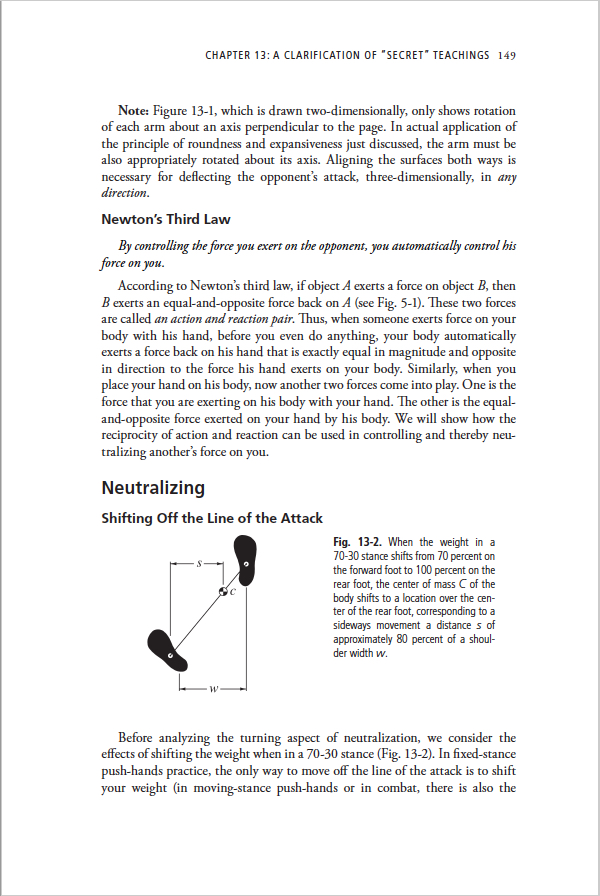 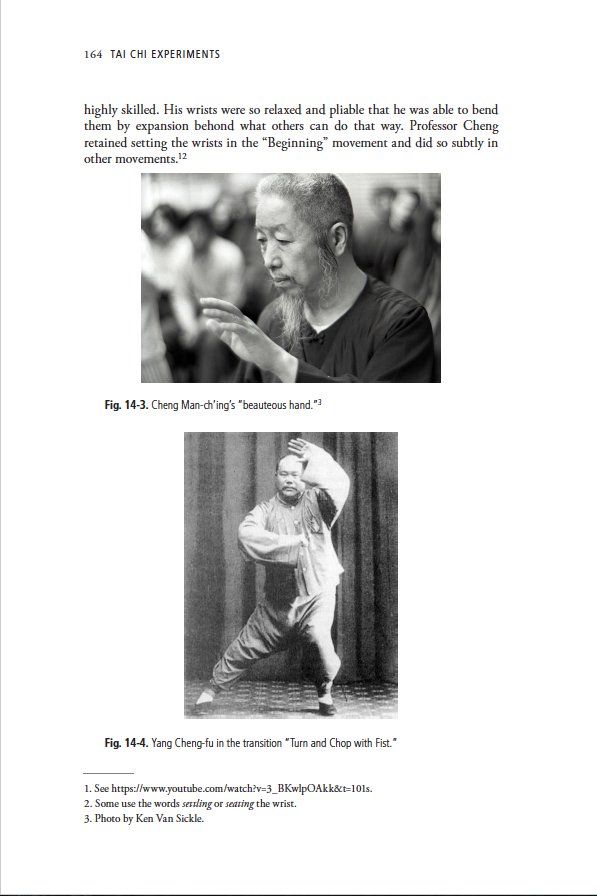 The Tai Chi Concepts and Experiments book clarifies and makes accessible critical aspects of the art that only a small number of high-level practitioners currently understand and manifest.

It contains detailed analyses and explanations for achieving internal, expansive strength, known as nei jin, and for attaining optimal timing and natural movement.

“With a lifetime of commitment to deep study and practice, diligent teaching, and the promotion of the martial arts, Robert Chuckrow, Ph.D., sets an example of how to grow your personal practice through contributing to the greater martial arts community.Now, through this book,he has demonstrated a determination and commitment to understanding the depth of martial arts practice.”

“It’s my great pleasure to recommend this latest book on Tai Chi by my friend and Tai Chi classmate, Dr. Chuckrow, a Tai Chi devotee who never stops studying and learning. As a Western scientist, he delves deeply into the esoteric jargon, principles, and teachings of Tai Chi and reinterprets them for Westerners.”

“Author Robert Chuckrow offers his enlightening wisdom and educated perspective on the paradoxes of Tai Chi in his latest work.Through [his] brilliant research, Chuckrow resolves so many nagging questions that all beginners have and offers many new tools for instructors to share this venerated art. It’s a must-read work for Tai Chi practitioners of every level, not to be missed.”

“Robert Chuckrow is a teacher and scientist who comprehends and synthesizes what he learns and then shares it for the benefit of others. He couples his knowledge of physics with his Tai-Chi skills, and the result enables the reader to understand this art more clearly than they could from studying translations of ancient cryptic Chinese sayings.

People learn Tai Chi for different reasons—some for health, some for self-defense, and others for philosophical or spiritual reasons. And some do Tai Chi for years without understanding much of what they do, which will still make them healthier and more sensitive to the world around them. But they will miss the wondrous benefits that a deeper study will offer. This book will take you further along this path.”

“Robert Chuckrow’s new book offers tremendous insights into the physical, spiritual, and healing aspects of Tai Chi. His discussion of natural movement and expansive strength is enlightening and well-referenced. Dr. Chuckrow encourages readers to perform the experiments he sets forth in order to experience for themselves the sensations and therapeutic benefits of expansive strength. He promotes critical thinking, reviews historical perspectives, and clarifies classical teachings. This book will enhance the practice of any student of this ancient and powerful art.”

“I was immediately impressed with Robert Chuckrow’s approach to the soft-style arts. In the beginning of the book, Dr. Chuckrow’s discussion of expansive strength versus contractive strength was immediately useful to me in my daily practice. Every chapter that followed presented new insights and ideas that I had not considered before, as well as exercises and experiments that helped me experience them directly.”

“With chapters on expansive strength, swimming on land, rooting and redirecting, natural movement, relaxation and timing, plus many more, this book is a guide to learning, practicing and better understanding Tai Chi. Dr. Chuckrow, an experienced Tai Chi practitioner and teacher, writes with the same attention to detail as when he teaches physics. In this book, he turns difficult, archaic Chinese sayings into clear and easy-to-understand English by using simple and practical exercises to get his meaning across.”

“As a physicist, Chuckrow offers the unique perspective of a scientific analysis of the practice of Tai Chi. As a student of Cheng Man-ching, his years of explorations and discoveries have yielded deep insights into this extraordinary art.”

“This book is an excellent interpretation of Tai Chi Classics, which has been written through the centuries by the highest-level Tai Chi masters. Dr. Chuckrow has put forth these ideas and concepts in simple, easy-to-understand English. He explains these concepts using modern scientific principles of physics and the mechanics of human movement. He gives many examples and experiments to help students understand the principles of Tai Chi in a new light. This book is a must-read for all serious students of Tai Chi.”

“This book has reignited my passion to further explore the art [of Tai Chi].”

“Brilliant! A high-level teacher of both Tai Chi Chuan and physics takes us along on his own fifty-year exploration into the very heart of China’s most respected ‘internal martial art,’ challenging us each step of the way to deepen our own understanding of this marvelous practice. [This] is a book that every Tai Chi practitioner—and beyond that, every martial artist—should read, cogitate upon, and keep for life-long reference.”

“The mysteries of the Chinese martial art Tai Chi are illuminated with the help of science in this primer.

Chuckrow—the author of Tai Chi Dynamics (2008), a physicist, and a Tai Chi instructor— addresses the seemingly contradictory teachings of the masters of this martial art, like the admonition to use “no strength” in practicing it, and interprets them in light of Western physics and biology. His main idea is the concept of “expansive strength,” a kind of “hydraulic pressure” in which “bodily tissues can actively expand under the action of bioelectrical stimulation.” Expansive strength, he contends, is better than ordinary strength through muscle contractions because it doesn’t create metabolic waste products or telegraph one’s intentions to attackers. He goes on to apply more physics—explained in plain English, with the math tucked away in the appendix—to Tai Chi problems, like the niceties of maintaining one’s balance in a pushing match. (“If an opponent A exerts a force F on me, according to Newton’s third law, I automatically exert the same force F on A in the opposite direction....In order to remain in balance, A must arrange things so that the total frictional force of the floor on his feet exerts a force that is opposite to the force I am exerting on him.”) Much of the intricate book explores Tai Chi’s preoccupation with an exhaustive, even eye-glazing analysis of rudimentary bodily acts, such as taking a step—“As the knee k starts to arc forward, the lower leg lags behind, swinging backward relative to the upper leg; (b) the knee stops, and the lower leg swings forward past (c) to (d); (d) the lower leg has freely swung forward into a position with the heel just touching the ground”—or sitting down. (“True Tai-Chi practitioners lower themselves slowly and first contact the chair without any commitment. Then, they mindfully transfer weight until it is safe to commit it fully.”) Physiologists may scratch their heads at Chuckrow’s notion of expansive strength, but otherwise his explications of the fundamental laws of natural motion, complete with diagrams, are written in reasonably clear, if involved, prose. Tai chi students will gain from the author a deep theoretical grounding in the discipline’s basic approach to movement along with a wealth of useful exercises to help them practice it.

The Tai Chi Book—Refining and Enjoying a Lifetime of Practice
$16.76