The Tao of Bioenergetics by George A. Katchmer, Jr. | YMAA
Skip to main content
FREE Shipping Order Over $70. (US Only, Conditions apply)    |   Up to 20% Off. Exclusions apply. 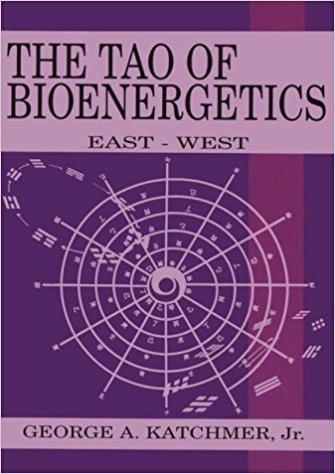 The Tao of Bioenergetics by George A. Katchmer, Jr.

by George A. Katchmer, Jr.

The Tao of Bioenergetics is the first comprehensive study of the use of Energetics as a scientific model (paradigm) in both western and eastern thought.

The Tao of Bioenergetics is the first comprehensive study of the use of Energetics as a scientific model (paradigm) in both western and eastern thought.

This book traces the history and uses of Qi (Chi), the bioenergy of China, from the I-Ching through physics, astrology, Feng Shui and alchemy.

The author demonstrates how the findings of the ancient Chinese Qigong masters were paralleled and confirmed in the early works of Hippocrates, Parclsus and Mesmer. He then shows the confirmation of Qigong theory in the modern clinical and experimental discoveries of Sigmund Freud, Carl Jung, Wilhelm Reich and Alexander Lowen. Also included are extensive excerpts from the published works of notable eastern scholars such as Yang, Ni, and Lu.

Special attention is given to the experiments of Wilhelm Reich to show the objectivity of the energy paradigm, and his experiments are quoted at length as scientific confirmation of eastern Qigong.

Finally, a synthesis is suggested and conclusions drawn for the future use of the broader energy paradigm in global science and human development.

George Katchmer, Jr. is a longtime Qigong practitioner, martial artist, and practicing Buddhist. Mr. Katchmer has a B.A. in Philosophy from Villonova University and a B.A. in Divinity from United Theological Seminary.He is a student of Master Hiroshi Tajima at the U.S. Headquarters of Genwakai Karate in Dayton and a member of Karma Thegsum Choling, Buddhist Temple in Columbus, Ohio. Fueled by the continuous study of Asian philosophy, martial arts, oriental medicine, and great thinkers of … More »