Simplified Tai Chi Chuan with Applications | YMAA
Skip to main content
FREE Shipping Order Over $70. (US Only, Conditions apply)    |   Up to 20% Off. Exclusions apply. 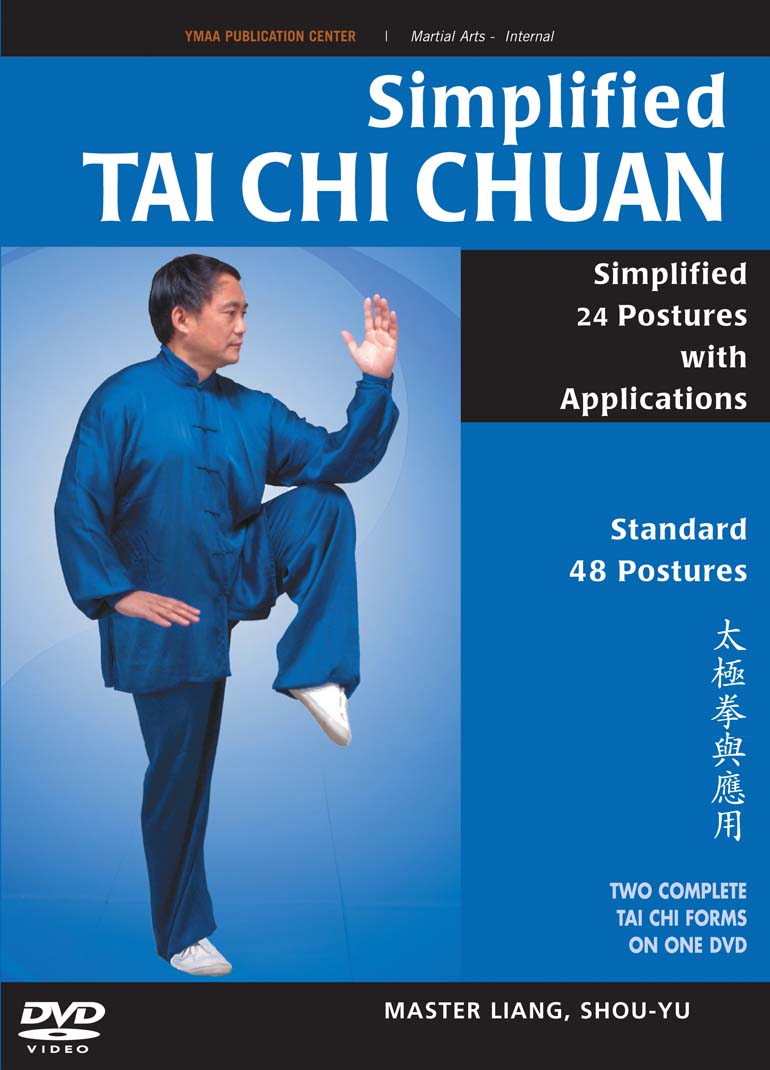 The two most popular forms of Tai Chi Chuan, with detailed instruction, breathing instructions, martial applications, and the history of simplified Tai Chi.

Grandmaster Liang, Shou-Yu teaches two of the most popular forms of Tai Chi Chuan, the ancient Chinese martial art which is often described as ‘moving meditation’. The popular ‘Simplified’ 24-posture form is demonstrated by Master Liang with martial fighting applications. The form is shown from several angles, with breathing instructions. The Standard 48-posture form is also demonstrated.

DVD-only Detail Sections for both forms instruct each movement, and offer ‘guidelines’ for refining your training. Chapter markers for each technique and extensive DVD navigation make it simple to find any posture on the DVD with just a couple clicks, so you can continue your study where you left off.

In only 20 minutes a day, you can gain the health benefits of Tai Chi Chuan: increased strength and energy, better balance, and improved bodily awareness; Excellent for beginning students, those who want a low-impact alternative to jogging or aerobics, and those with limited time for exercise.

This program includes a bonus slideshow of photographs of Master Liang demonstrating both the 24 form and the 48 form, so you may analyze Master Liang's postures.