Understanding Qigong 4—Four Seasons Qigong | YMAA
Skip to main content
FREE Shipping Order Over $70. (US Only, Conditions apply)    |   Up to 40% Off. Exclusions apply. 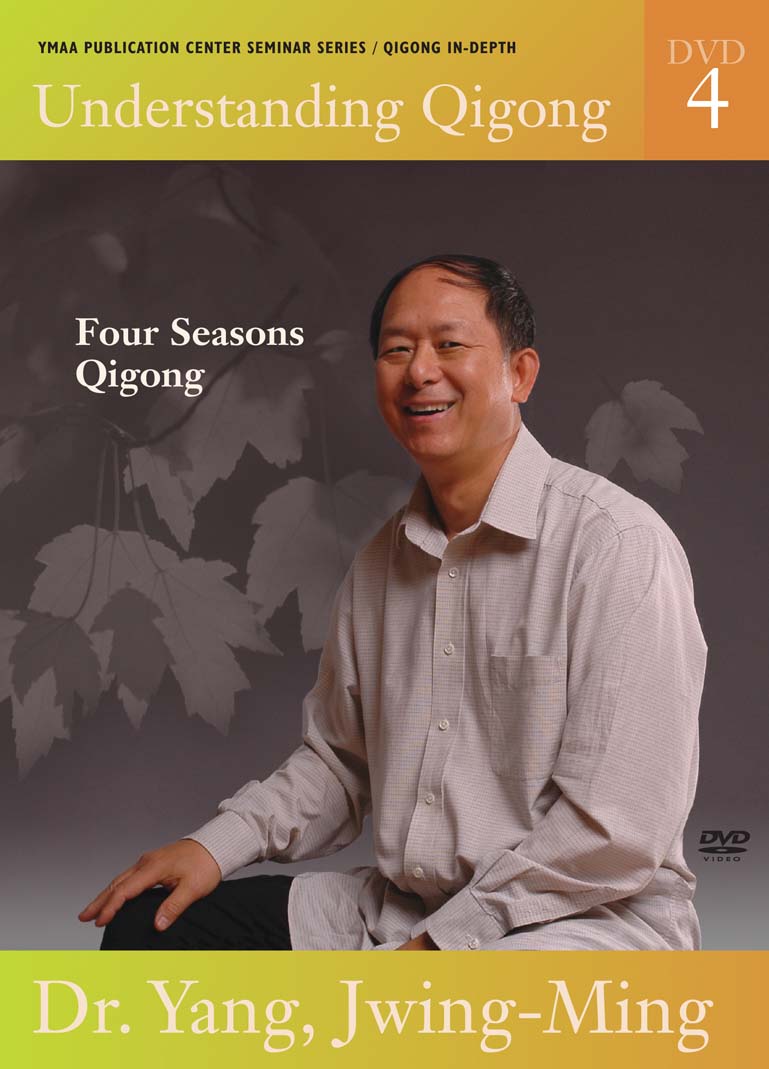 Dr. Yang, Jwing-Ming discusses the theory of Four Seasons Qigong (Si Ji Gong), and offers 25 exercises and massage techniques to help your body adjust naturally to the change of seasons.

It is believed that when we get sick it is often due to the body’s difficulty in adapting to the changes from one season to another. For example, when Fall arrives, it is easier to catch a cold, and when Summer comes, the heart can be too excited. By practicing Four Seasons Qigong, you are able to adjust your body’s Qi during the change of seasons so your health can be maintained.

This multi-language program is captured in High Definition, and builds on the theory taught in DVDs 1, 2, and 3. Dr. Yang's systematic approach to teaching offers deep insight into the ancient art of Qigong with modern scientific data to support his theory from both an Eastern and Western perspective.