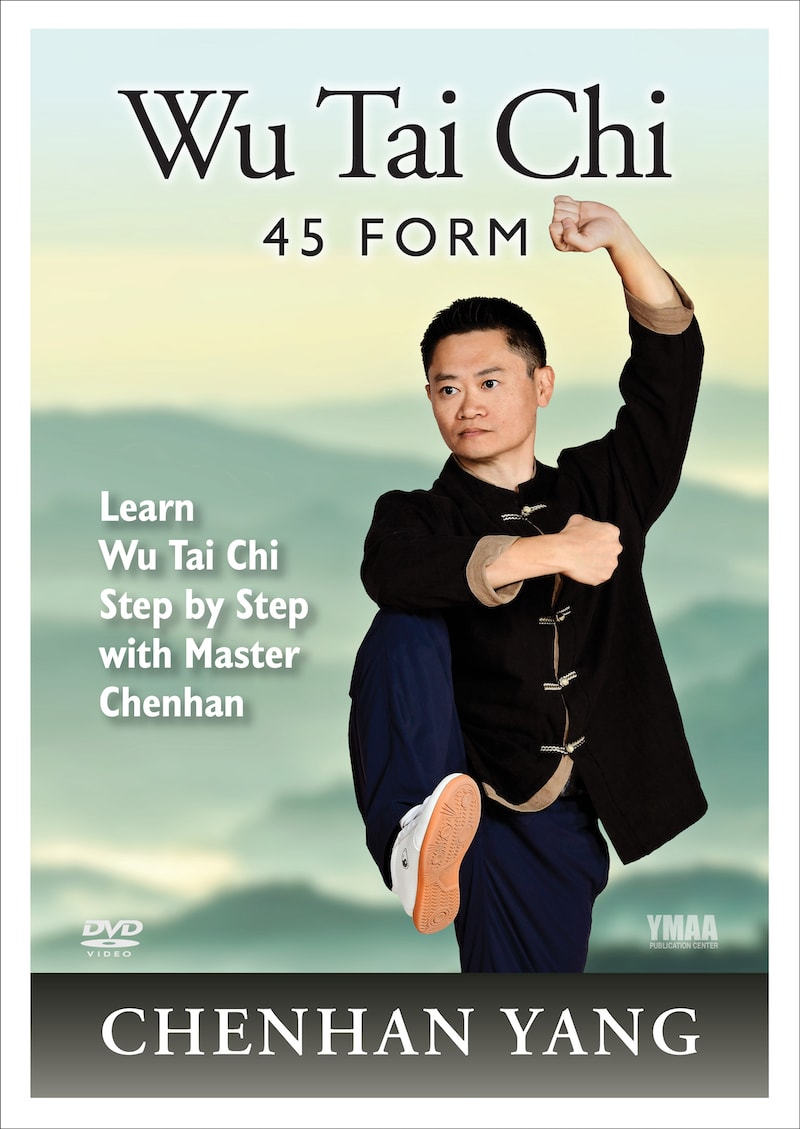 The Wu tai chi 45 standard routine was created in 1988 to popularize the style. Shorter than the traditional Wu-style form, it presents 45 classic movements in four sections and takes approximately six minutes to complete the form.

The founder of Wu tai chi, grandmaster Wu, Quan You, first trained with Yang-style founder Grandmaster Yang, Lu Chan and his son Yang, Ban Ho starting in the 1850s. Wu, Quan You and his son Wu, Jian Quan developed this tai chi for decades until it evolved into a unique style of its own.

The Wu tai chi frame, or shape and size of movements, is relatively smaller compared to that of Yang tai chi. The movements are more compact, yet unconstrained. They are relaxed, rounded, and smooth. The form appears soft, gentle, serene, and harmonious.

Wu tai chi is known for its parallel footwork and unique upright diagonal posture. The body leans forward so the neck and rear foot form a diagonal line, and the nose, front knee, and front toes form another vertical line. The body forms the shape of a triangle, creating strong balance and structural support from the feet to the hands. This makes Wu tai chi very effective in combat.