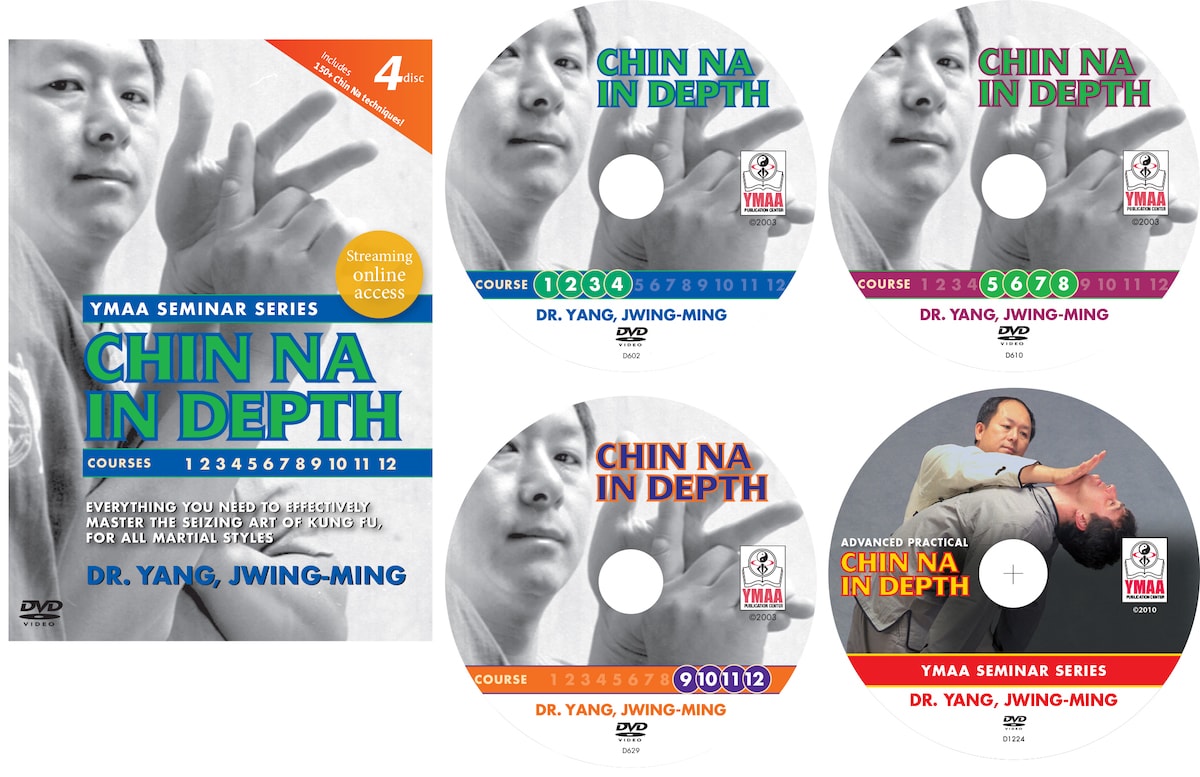 The Root of Grappling

Chin Na means "seize control". This ancient grappling art is a part of all Chinese martial art styles, and is considered the root of aikido and hapkido. Chin Na grappling can be incorporated into any fighting style and used for controlling and incapacitating your opponent.

This home version of Dr. Yang, Jwing-Ming's most popular 12-part seminar is an invaluable video database of over 150 techniques and several hundred applications for every kind of situation. Each of these techniques is presented up-close and in detail, with corrections for common errors as students demonstrate.

Disc one includes Courses One through Four, with 34 finger, hand, and joint-locking techniques.

Disc four is the Advanced Practical Chin Na program, featuring Dr. Yang's choice for the most effective techniques. This lesson focuses on interception, trapping and sealing the opponent, and maintaining a sense of distance to avoid a counterattack, while successfully executing the most practical chin na as an instant reflex.

Scan the QR code on the Mutidisc package for a PDF booklet of the video contents in detail.