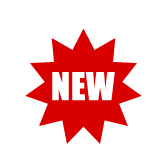 Shaolin Long Fist is a diverse style consisting of the best techniques of the Shaolin arts combined in a spirit of cooperation by the leading masters of the early nineteenth century. This collection brings a systematic approach for learning many of the barehand sequences the way they were taught long ago. This is a comprehensive overview of Kung Fu by Dr. Yang, Jwing-Ming and his son Nicholas Yang, and features senior instructors Kathy Yang, Jon Chang, and others.

This 30-hour video series is included on 8 discs:

Learn three basic sequences of Shaolin Kung Fu with nearly 200 martial applications, and over an hour of DVD-only extra content including a stretching and warming up section, and the history of Shaolin Kung Fu from Dr. Yang, Jwing-Ming. 3 hours.

Spring Legs train fast and accurate spring-like kicks, and they have a long history in China. The routines were popularly practiced by Northern Chinese martial arts society between 1736-1920s. These 12 routines form the basis for more complex forms practiced in Northern Shaolin Kung Fu.

If you are serious about Long Fist Kung Fu, this complete video learning collection can serve as a primary guide for years of training.

Scan the QR code on the Mutidisc package for a PDF booklet of the video contents in detail.