Understanding Qigong Multidisc 6-disc | YMAA
Skip to main content
FREE Shipping Order Over $70. (US Only, Conditions apply)    |   Up to 20% Off. Exclusions apply. 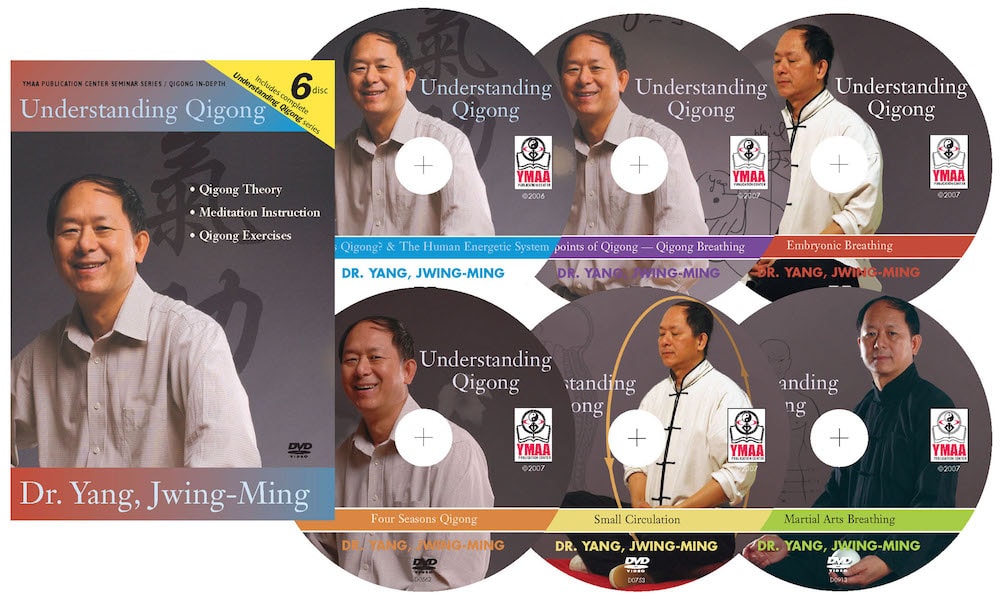 Learn the Scientific Foundation of Qigong

Qi-gong means 'energy-work'. Qigong is the ancient art of using the mind to naturally develop the body's qi (energy) for improved health and longevity. Some qigong is practiced sitting or standing still, while other qigong can be a kind of moving meditation.

More people every day are using traditional mind/body healing practices such as qigong and tai chi. It is important to truly understand what qigong is and how you can use it to improve your health, vitality and longevity. In these video courses, renowned qigong expert and author Dr. Yang, Jwing-Ming explains the concepts of qigong and the human energetic circulatory system. Dr. Yang's systematic approach to teaching offers deep insight into the subject of qigong, using modern research data to support his theory from both eastern and western perspectives.

Drawing on decades of training qigong and his scientific background, Dr. Yang presents a clear and fascinating explanation of his qigong theory, and offers simple qigong exercises and guided meditation for students to experience their energy. This program is a must for qigong practitioners and anyone interested in understanding exactly how and why qigong works.

Understanding Qigong Disc 1: What is Qigong? The Human Qi Circulatory SystemIn these two video courses, Dr. Yang, Jwing-Ming explains the concepts of Qigong and the human energetic circulatory system. Dr. Yang's systematic approach to teaching offers deep insight into the subject of Qigong with modern scientific data to support his theory from both an Eastern and Western perspective. He presents a clear and fascinating explanation of Qigong theory, and offers a simple Qigong exercise for you to begin experiencing Qi. D069X

Dr. Yang, Jwing-Ming teaches the theory and practice of embryonic breathing. Also known as 'back to childhood breathing', this qigong meditation technique is the foundation of internal cultivation and advanced practice. Embryonic breathing develops excellent wellbeing and increases your sensitivity and awareness.

Small Circulation meditation is also known as the microcosmic orbit in the Buddhist tradition and yoga. Using this technique, one may develop the main energetic circulation pathway of the body, which in turn provides abundant energy to the circulatory system branching out to the entire body. The practice can improve your general health, and it is a fundamental step in the practice of spiritual enlightenment meditation.