Sai: Stealth Black Training Collection | YMAA
Skip to main content
FREE Shipping Order Over $70. (US Only, Conditions apply)    |   Up to 40% Off. Exclusions apply.

Master one of the Greatest Martial Arts Weapons of All

Sai is perhaps most commonly known in popular culture today as the featured weapon of choice by the comic book characters Raphael of Teenage Mutant Ninja Turtles and Elektra of Marvel Comics. It is typically characterized as an Okinawan weapon, but China has its own special version.

Called Chāi (釵), some believe this is the older, original weapon. While it is not entirely clear how the sai was created as a weapon, it is widely accepted that the sai originated from mainland Asia several thousand years ago.

Some view the sai as just an antique artifact to marvel at, but the sai as a martial arts tool is far from obsolete or just an image from fan fiction. It belongs to the family of baton weapons, and this type of weapon has continued to evolve through generations to become what we commonly see today in law enforcement.

The concept behind such a weapon is having a light, blunt striking object that can be wielded in many different angles, grips, and positions. A nightstick's T-shaped design allows for many flipping options, as do the double prongs of the sai. Just like the sai, baton weapons are commonly seen in law enforcement because they offer a less-lethal option to subdue others. Simply put, the intention is not to kill. This is particularly useful for crowd control and one-on-one fights.

Given the very nature of its construction, any baton weapon can still deal a fatal blow. For sai particularly, stabbing attacks are quite dangerous because of its thin design. A sai's prongs can also be quite sharp and, when aggressively applied, can be used for gouging or clawing.

Sai techniques are highly practical and can transfer to any short rod or baton.

Common targets are the hands, wrists, arms, and sometimes legs, as they are often in the right range of the sai. As mentioned, because the primary goal of sai is not to kill, torso and head strikes are less crucial. In many cases, the sai is most important for simply disarming an opponent.

The two sai can be utilized either simultaneously or by having one immediately follow the other. A common strategy is to counterattack at the exact same time an opponent attacks, as opposed to reacting afterward. Aside from being extremely time efficient, such counterattacks are the most effective because an opponent is less likely to expect an attack while on the offensive.

When attacking, there can often be a false sense of dominance or control, especially where overconfidence is involved. This strategy also follows the saying, "When my opponent does not move, I do not move. When my opponent moves, I move first."

Of course, the quote is not to be interpreted in a literal sense, as we cannot bend the rules of time. What it does mean is that although an opponent may engage you first, you should evade and conversely engage the opponent instead, all before the first move is even completed. The sai has an added advantage with its prongs because they are often used to guide, redirect, or temporarily immobilize an opponent's weapon to create the right opportunities for follow-up attacks.

Items Included in this Premium Bundle 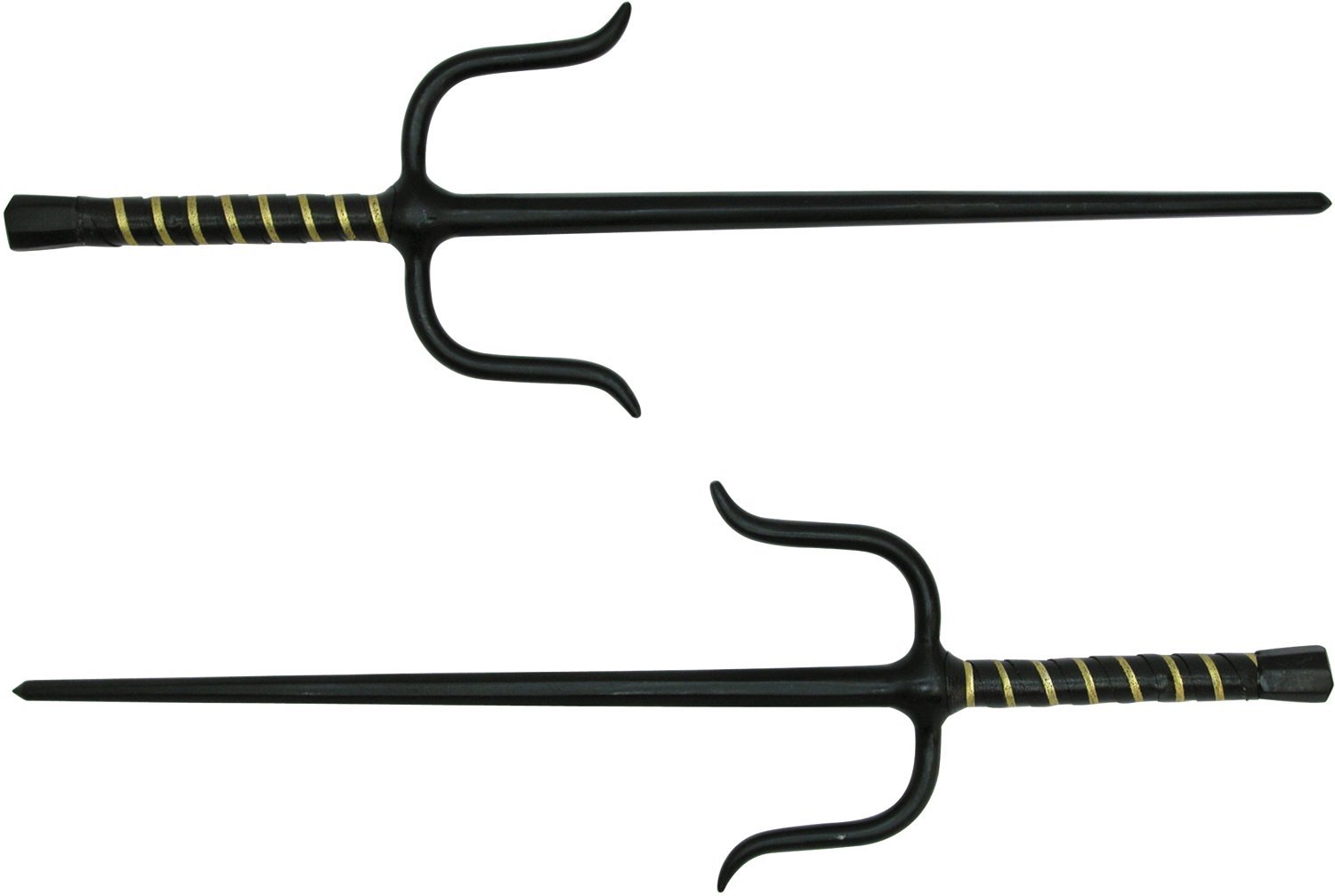 
The sai is mainly used for defense. Legend has it that the sai was originally used as a hairpin, and later derived into a dagger like very short armament. Designed for very close fighting, the sai does have some offensive stabbing and striking techniques.


Black Nylon case with zipper and soft interior with extra liner can securely carry your pair of Sai. (Weapons not included) 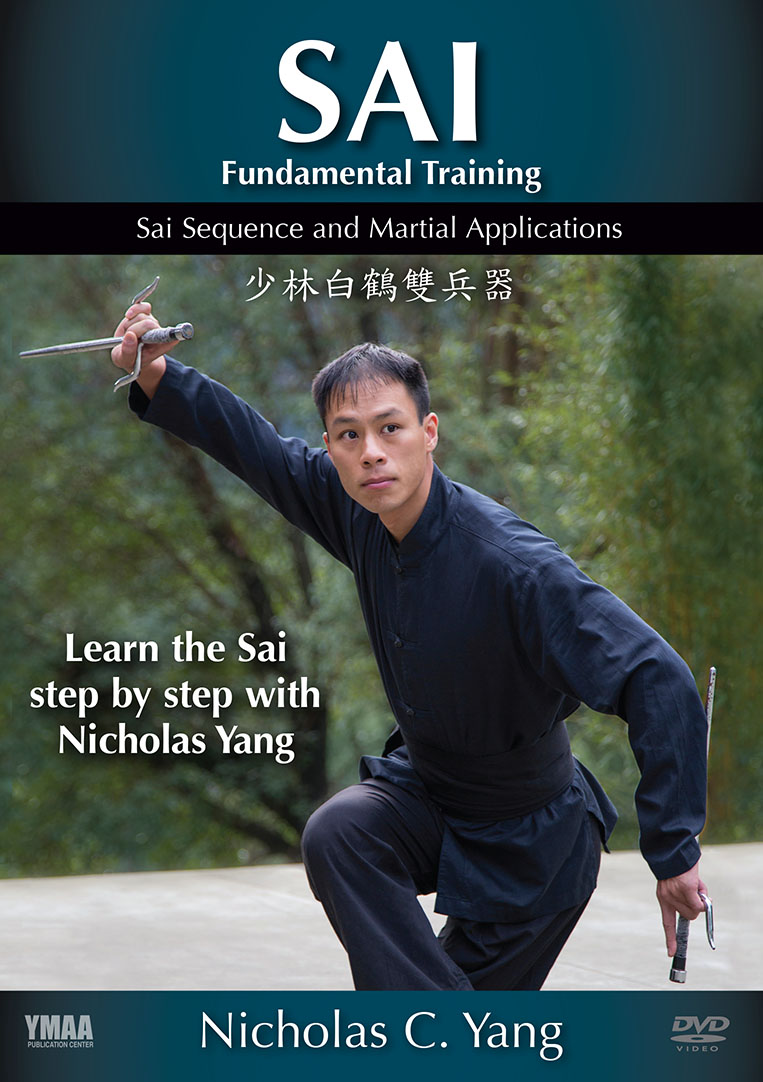 Learn to use the fast and powerful Sai from Nicholas Yang, with training drills, martial applications, and double sai sequence. (Sai not included but sold separately). 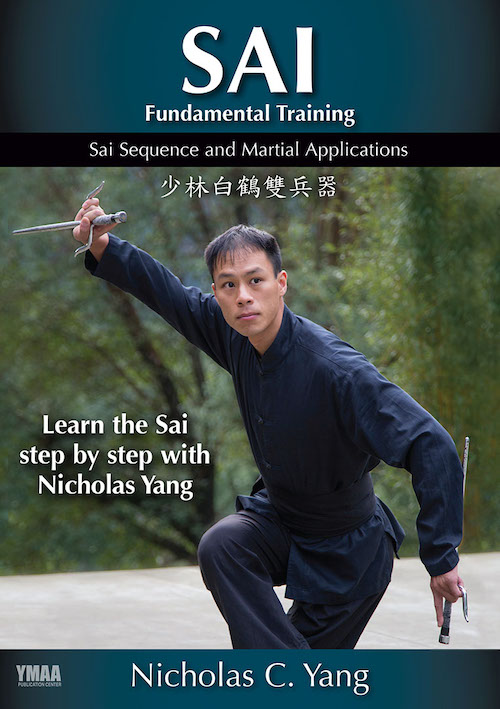 Learn to use the fast and powerful Sai from Nicholas Yang, with training drills, martial applications, and double sai sequence. 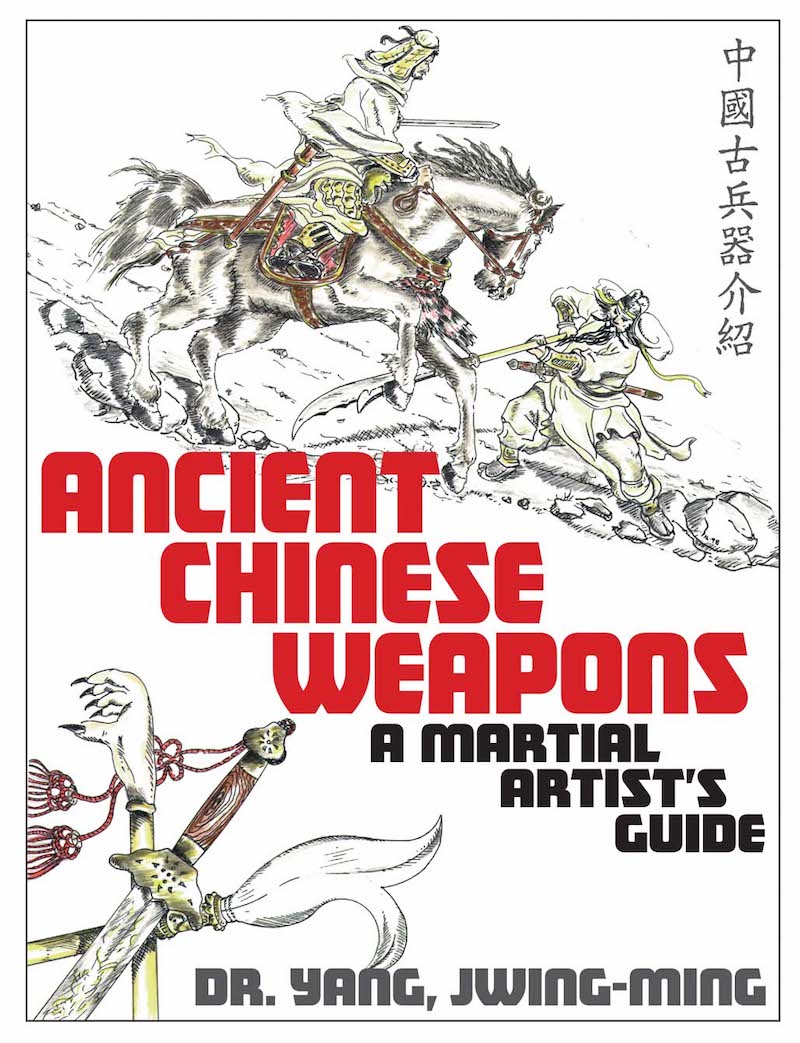 This "Sai: Stealth Black Training Collection" Comes Complete with a pair of Sai, a case, and the instructional video as both a DVD and streaming for your convenience.

Sai (釵, chāi) is a challenging training that demands precision, agility, and graceful execution of its techniques to truly master. The sai is a unique baton weapon because of its two prongs and thin design. The shape and prongs allow for quick, easy flipping of the weapon. You flip the sai outwards for middle-to-long range strikes and blocks, and inwards for maintaining a tight, protective guard.

While the sai is not a readily practical weapon for use in today's world, its practice will greatly improve your dexterity, strength, and coordination. The skills acquired from sai training can easily be applied to other activities that require finely-tuned motor skills, from daily tasks to the use of other weapons.

Nicholas Yang offers this comprehensive training program for learning the Sai. His step by step instruction includes numerous fundamental techniques, drills, and principles with the double sai, including a complete sai sequence with martial applications.

Dr. Yang, Jwing-Ming makes a special appearance to introduce the program with a brief history of the sai. The techniques and sequence originate from Dr. Yang's extensive training in Shaolin White Crane Kung Fu.

Everything You Need to Start Training

About the Black Stealth Sai:

The Sai is mainly used defensively for trapping, blocking, and striking. The sai are related to Shaolin White Crane kung fu and can also be traced back to Okinawa and other Asian countries.

We have carefully selected this sai because it is well built, has good balance, and is affordably priced. This sai is ideal for kung fu training.

We rate this sai as a good choice for every day training. Get one today and enjoy years of use.

About the Sai Carrying Case:

The black nylon Sai case with zipper and soft interior has an extra liner to quietly separate your pair of Sai. With this high-quality case you can discreetly and safely carry your pair of Sai. 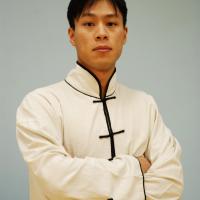 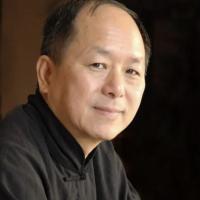 Some believe the sai began as a farmer's trident and was modified over time as it was used to fend off bandits and invaders. Others say it was originally a woman's self-defense weapon that started out as nothing more than a hairpin.

It is commonly believed that the Japanese sai seen so prevalently today originated from Okinawan karate, which actually carries roots from Chinese white crane. However, white crane is not the creator of sai, as there are several variants of the sai throughout much of Southeast Asia's long history.

The sai is almost always used as a double weapon. This is because while the sai has advantages in speed, trapping, and maneuverability, its disadvantages lie in being short and in being designed as a nonlethal implement.

Your Reward for Ordering Today is the Free Bonus Streaming Video “Sai - Fundamental Training” by Nicholas C. Yang -- This is a $34.98 Value!

Your Reward for Ordering Today is the Free Bonus eBook “Ancient Chinese Weapons - A Martial Artist's Guide” by Dr. Yang, Jwing-Ming -- This is a $11.99 Value!

There is less risk when engaging a sai opponent because the sai does not possess any bladed edges and its range is limited, especially when compared to longer-range weapons like spear, staff, or projectiles.