The Bam: The Willie Johnson Story (Documentary) | YMAA
Skip to main content
FREE Shipping Order Over $70. (US Only, Conditions apply)    |   Up to 20% Off. Exclusions apply. 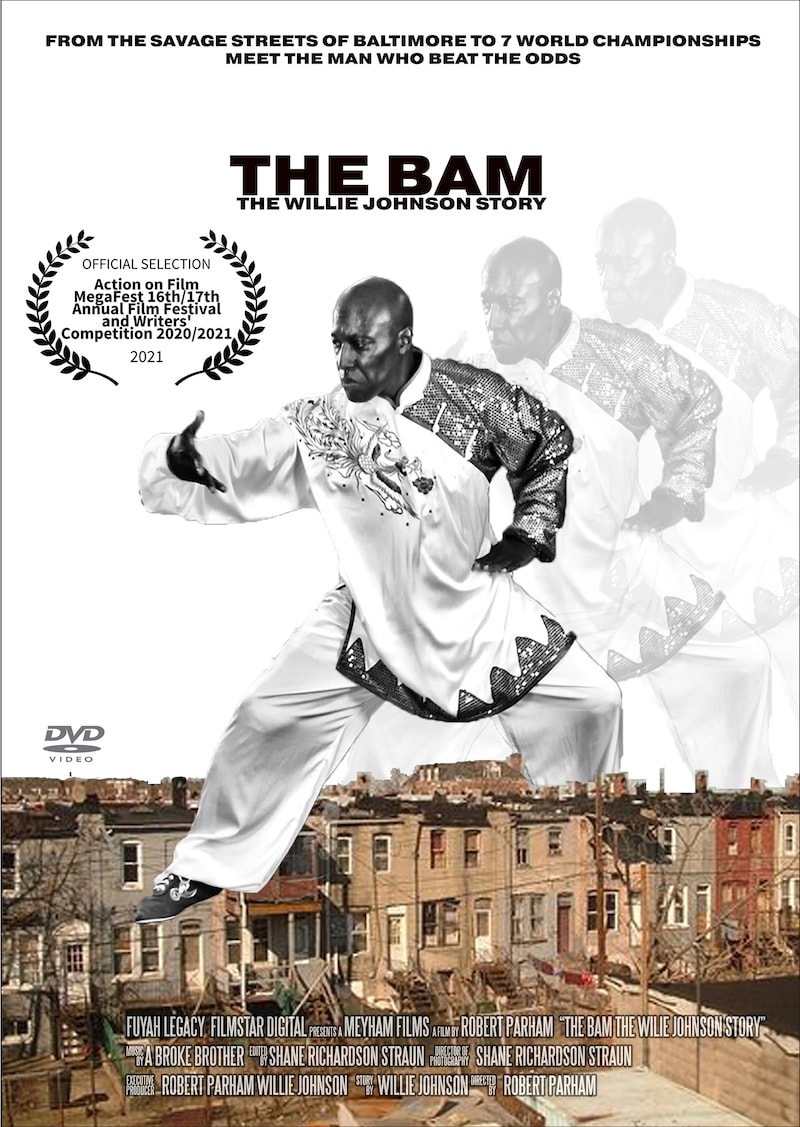 by Willie "The Bam" Johnson

Willie Johnson was inspired as a child by Bruce Lee to embrace Kung Fu, which ultimately saved his life and helped him to follow a path of righteousness. The BAM became a martial arts legend in the 1970s and 80s, on the cover of magazines around the world, and ultimately leading him to Hollywood, and Black Belt Magazine’s Hall of Fame, known as one of today’s most recognized martial arts stars. He played himself on the hit TV show - "WMAC Masters" along with Bruce Lee’s daughter Shannon Lee and some of the 21st century’s leading Martial Artists. He has also been on many other TV and film projects including the Hong Kong Production entitled “Super Fights.” Johnson also had a fight scene against Chuck Jeffreys, choreographer for a number of Wesley Snipe’s Films, Including "Blade: Trinity". He was also a featured performer on “Wesley Snipe’s Presents: Master of the Martial Arts”, Chuck Norris’ “Kick Drugs Out of America” and the Dragon-Fest “Superstar Show” and author of the YMAA book “The Complete Martial Artist”.

His unique urban approach of producing personal greatness from the inside-out through the tools of Martial Arts has made him the ambassador of truth from the underground to the mainstream. His consistent method of research, learning and adapting truly exemplifies the title of “Professor.” He is one of the world’s leading instructors, taking first-hand knowledge of innovative and positive experiences and structuring them into curriculum that provides solutions to struggling communities. His curriculum have been taught in colleges, schools, law enforcement agencies, and many other professional organizations.

The thing that is truly dear to his heart is working with those who society has counted out and labeled as under-privileged. Willie sees himself in each of these individuals and strives to help them through his “Stronger Than Drugs Foundation” which has allowed him to speak all over the world on different topics. He regularly goes back to Baltimore City and helps to rebuild the same community he helped to tear down and goes back to the same community center that saved his life- McKims Community Center.

He has been honored with his own Willie “The BAM” Johnson Day on September 28th in Baltimore awarded by Governor O’ Malley. Senator Barbara McKloskey also honored him for his extraordinary work by flying the United States American Flag over the Washington Capitol for his community services which is the first among Martial Artists.

"Professor BAM" today is a graduate of the Beijing Physical institute of China and holds a seventh degree Black Belt under Master Kenneth Parker, a master degree under Grandmaster Dennis Brown and a first degree Black belt under Master Garcia Davis. Among his credits are a solid record of wins including the first national Triple Crown Wushu/Kung Fu title, WAKO World Title, two All-American titles, and being the first African-American to hold two national American Sports Karate Association titles. He is the producer of more World Champions in one year than any other Martial Artist.

Please email [email protected] with questions, feedback, or let us know the next streaming video titles you’d like to see.